Are You Ready To Do Business With China? - Gulf Business 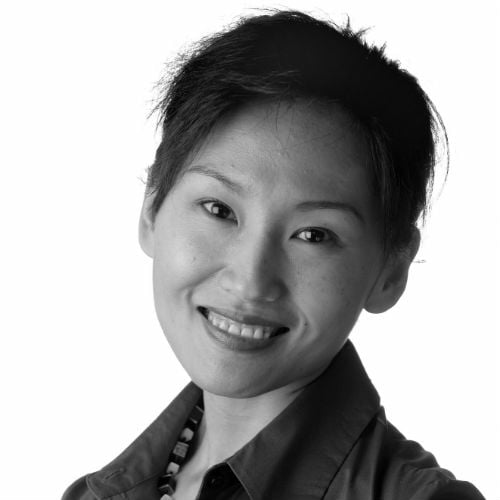 China’s growing dominance is set to have a major impact on politics, culture and the way business is done. Figures show that China has already overtaken the West in exports, manufacturing output and rate of innovation and is establishing its position of biggest trade partner to countries including the UAE, USA and the European Union. Trade between the UAE and China has increased by 35 per cent every year for the past decade, surpassing $35 billion in 2012 and 60 per cent of China’s trade passes through the UAE to be re-exported to Africa and Europe.

Many businesses have, however, been slow to grasp the implications of China’s increasing influence on the business stage. We still expect Chinese companies to adapt to our business norms and behaviours – although as China expert Martin Jacques argues in his book When China Rules the World, this is an approach we can’t afford to sustain. We are, he says, seeing the beginning of a new world order where rather than China bowing to external influences, we will see the world becoming a little bit more Chinese.

So what are the key questions your organisation should be asking if you are intending to tap into the Chinese market or to build business relationships in China?

Are we speaking the same language?

As China’s influence expands, Mandarin (the official language in China) is becoming an increasingly important language. It is spoken by over one billion people worldwide (just over 12 per cent of the world’s population), outnumbering any other language in the world. Mandarin is undoubtedly a challenging language to learn – but any organisation serious about communicating and building relationships with China needs to look closely at its language capabilities and consider whether it should be supporting staff to become fluent Mandarin speakers.

At the very least, learning a short phrase or greeting in Mandarin in preparation for a meeting with Chinese business contacts demonstrates considerable effort to prepare, proving you have done your homework and are really are interested in doing business.

Do we understand China’s influence in our market?

China is already the world’s second largest trading nation and the world’s largest exporter. Previously, much of its export prowess had been based on its ability to harness cheap and efficient labour. In recent years, however, it has overtaken Japan to become the world’s second highest spender on research and development and as a result is now moving into higher end production. Solar panels, sophisticated telecoms equipment, wind turbines and high speed rail are all sectors where China is already more or less on par with Middle Eastern and Western competitors.

Forward-looking organisations will be making sure they are aware of China’s activities in their particular market so that they can gear up to compete or seek opportunities to collaborate.

How good is our cultural understanding?

There are huge cultural differences that organisations need to take account of if they are to work successfully with Chinese customers or counterparts. The first critically important issue to understand is the concept of ‘face’. Many Chinese will go to great lengths either to save face or to save someone else’s face. A person can lose face by declining a social or business function on a weak pretext, refusing a present, expressing emotions uncontrollably or being too independent.

The notion of ‘guanxi’ – the Chinese equivalent of networking – is also important for managers to understand. Guanxi consists of connections that are defined by reciprocity, trust and mutual obligations. It takes time to develop and nurture guanxi but investing in building these personal relationships and trust is paramount. It’s an unwritten rule in China that if someone does not trust you, they are unlikely to do business with you.

Do we understand the way decisions are made?

The decision-making process tends to take a little longer in China than you might be prepared for. Chinese decision-making is based on ensuring that the balance of all parties is taken into account. The Chinese typically want to be sure that all angles of an issue are reviewed and all matters are carefully thought through before coming to a conclusion. This process often involves going back to the beginning and starting the thinking and the discussion again. Chinese people do not like to tell you “no” in a direct manner – so it’s important to never assume that a deal is struck until you hear this explicitly.

Do we understand the key communication differences?

Chinese communication styles tend to be indirect. For the Chinese, as is often traditional in the Middle Eastern, communications is about building relationships. In the West, it is about efficient exchange of information and getting things done as quickly as possible. Silence does not mean that your message is not getting through. The wise Confucian is expected to listen in silence and leaders in China are expected to express themselves much less directly than in other markets. The Chinese are not necessarily unwilling to share information, but may require prompting for details. Alternatively, it may be best to approach someone on a one-to-one basis in private.

Attempting to stand out from the crowd is also considered poor behaviour. In China, being the first to come up with an innovative idea, in a group setting, can have significant social implications. It could be seen as showing off or could generate envy among others.

Meetings in China tend to be very formal. Everyone will listen to the most senior people in the room before taking it in turns to speak in return. If present, foreign attendees would usually be given the opportunity to speak first. In a peer group meeting, the position of the attendees will denote how responses and feedback are shared.

Conversely there are some similarities with the way business meetings are conducted in the Middle East, where attendees may take calls on their mobiles or check emails during the meeting. The hierarchy and status of those attending will again determine how much of this takes place. Mobile phones are usually switched off in a first time meeting with someone more senior than the host.

My tips for running a meeting with Chinese business contacts

Do your research about who is going to be in the meeting, their titles and responsibilities and consider this in your behaviour during the meeting to ensure you are aware of hierarchy. Chinese use titles and surnames, therefore do not address anyone by their first name. Rather, use their job designation and surname when addressing the person in question.

Finally, I cannot emphasise enough the importance of establishing trust to doing business in China, therefore you should be sensitive to what stage you are at in the relationship. For example, if you do not have a sense of whether you are likely to continue doing business, it may be best to avoid discussing topics such as pricing and commission at a first meeting. Also avoid potentially sensitive wider topics such personal issues, religion and politics.

Find out more about doing business in China from Ashridge Business School. For more information visit www.ashridge.ae or call T: 00971 50 554 0905.