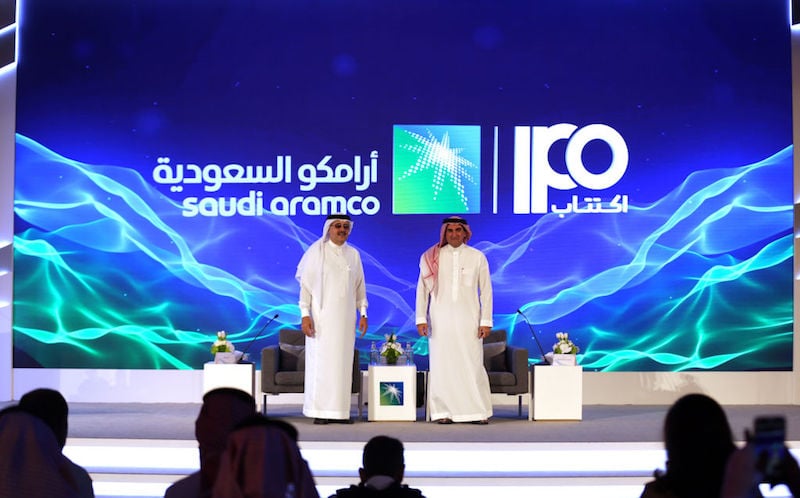 For what’s likely to be the world’s largest initial public offering, the marketing campaign at home in Saudi Arabia appears to be starting gradually.

Advertisements to drum up interest among Saudis in the sale of their oil giant, Aramco, appear on a few billboards, bank machines and online, though even in the urban sprawl near the company’s Dhahran headquarters you had to look for them. There were a couple on the highway from the city of Al Khobar to Dammam and at an ATM in the vast Al Rashid shopping mall.

The sale kicked off on Sunday at a news conference broadcast live from Aramco, and many Saudis have said they’ve been saving up to buy into the industry that has fed their economy for decades and underpins Crown Prince Mohammed bin Salman’s transformation of the kingdom.

The ads focus on the company’s journey to the stock exchange with images of engineers in hard hats depicting industry and growth. The slogan is “Saudi Aramco: Coming Soon to Tadawul.”

There’s a lot riding on this sale. Aramco and the banks managing the IPO are coordinating the campaign and the aim is for it to snowball in the coming days and weeks. It will be on the radio, main television channels and in newspapers.

The Alyaum newspaper based in the oil-rich Eastern Province carried a banner at the start of its local news section, while the Asharq Al-Awsat daily had a full page including a tagline saying the IPO reflects “the belief of the kingdom’s leadership in the importance of Saudi Aramco.”