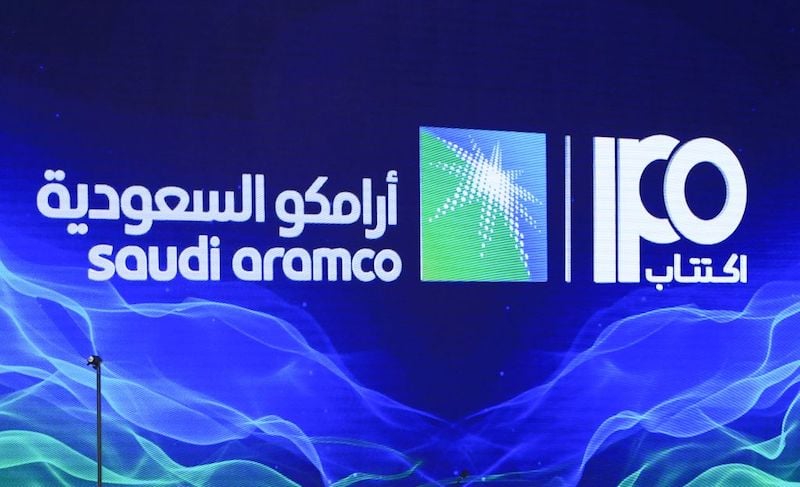 Saudi Aramco’s initial public offering has drawn total bids of 166bn Saudi riyals ($44.3bn) so far from institutional and retail investors, about 1.7 times the amount the government is seeking to raise.

In the retail tranche, where final bids were due on November 28, 4.9 million people applied for shares with a total value of 47.4bn riyals. Institutional investors, who have until Wednesday to submit bids, have made subscriptions for 118.9bn riyals of shares, Samba Capital, one of the deal’s lead managers said. Of that, 10.5 per cent came from non-Saudi investors.

The Saudi government plans to raise more than $25bn by selling a 1.5 per cent stake in the company at a valuation of between $1.6 trillion and $1.7 trillion. Within that 1 per cent is earmarked for institutional investors and the rest for Saudi retail buyers, who’ve been targeted by a country-wide advertising campaign and offered larger-than-usual loans to finance purchases.

There may be a last-minute surge from institutional investors, but so far the share sale hasn’t been as well subscribed as some other IPOs in the country. The book for National Commercial Bank’s 2014 initial public offering was covered 23 times over. In 2006, 10 million Saudis, about half the kingdom’s adult population, applied to buy shares in the local unit of the Middle East’s biggest property developer, Emaar Properties PJSC.

The Aramco IPO, a central element in Crown Prince Mohammed bin Salman’s plan to modernize the kingdom’s economy, will rely almost entirely on local money after international investors balked at the valuation. Many of the richest Saudi families have been pressed to invest, including some who had members held in Riyadh’s Ritz-Carlton hotel during the corruption crackdown in 2017.

Aramco is still seeking to drum up support from institutional investors in the region, making pitches in Dubai and Abu Dhabi this week. Abu Dhabi plans to put as much as $1.5bn into the offering, while the Kuwait Investment Authority is considering a potential investment, according to people with knowledge of the matter. Institutional book-building closes on Dec. 4, before the IPO’s final pricing the next day.