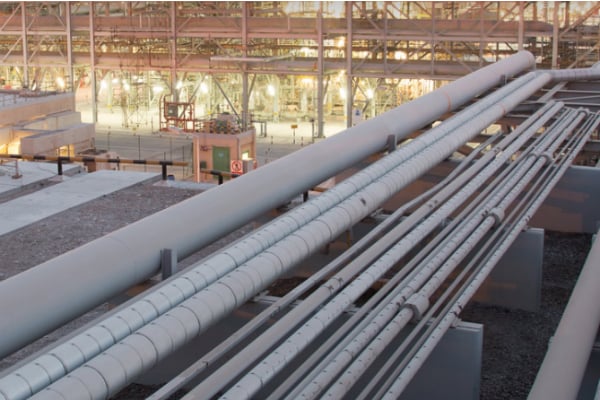 A joint venture between Saudi Aramco, Air Products & Chemicals Inc. and ACWA Power is in talks with banks to raise about $6bn in debt, people with knowledge of the matter said.

The entity will use the funding to buy gasification and power facilities as well as associated utilities from Aramco, the people said, asking not to be identified because discussions are private. The assets will be transferred to the venture once the projects starts up.

The $8bn venture, announced in August 2018, has a 25-year contract to own and operate the project for a fixed monthly fee and will serve Aramco’s Jazan refinery and terminal on Saudi Arabia’s Red Sea coast. Air Products will own at least 55 per cent of the business, with Aramco and ACWA Power holding the rest.

Saudi Arabia is seeking to transform its oil-dependent economy by developing new industries, and is pushing into petrochemicals as a way to earn more from its energy deposits. The joint venture is expected to increase efficiency, facilitate foreign direct investment and private sector involvement.