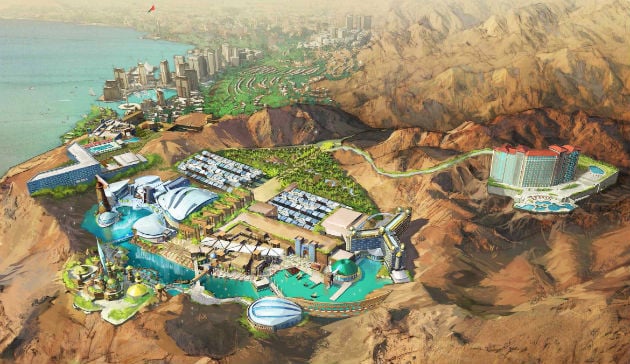 The Astrarium is an integrated entertainment, hospitality and leisure development and is expected to boost Jordan’s tourism industry.

The project, developed by an international fund called Red Sea Astrarium LP, will have four international luxury hotels catering to leisure and business guests. The themed resort will also have a number of retail, dining and entertainment options positioned around a man-made lagoon.

Entertainment options include a 4D cinema, adventure centre, a water park, theatre and a Star Trek immersive experience, created in partnership with Paramount Parks and Resorts and CBS Consumer Products.

The Astrarium will also house horticultural attractions such as ‘Hanging Gardens’ and ‘Hijazi’, Arabtec said.

“We are pleased to be involved in this important project which will further boost the Jordanian economy and enhance the country’s attraction as a tourist destination,” said Hasan Abdullah Ismaik, managing director and CEO of Arabtec Holding.

“We are already actively involved in two major projects in Jordan and look forward to expanding our presence there to take advantage of Jordan’s huge potential”.

Ismaik added: “Apart from its high value and significant contribution to our long term investment, which will translate in sustainable returns to our shareholders, this project provides further recognition of Arabtec as a leading international provider of complex mixed-use developments.”

The Astrarium, which is expected to create around 4,000 jobs for Jordanians, will be an environment friendly project, relying on green energy for operation.

Arabtec is currently working on two other hotel projects in Jordan, which includes St. Regis Amman hotel and phase one of Saraya Aqaba development. The latter includes four international hotels managed by Jumeirah International and Starwood hotels along with a beach club, convention centre and water park.