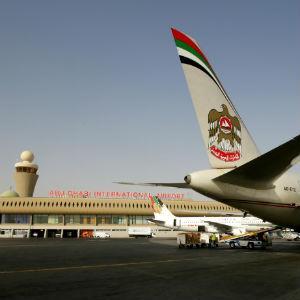 A consortium of Arabtec Holding that includes Greek and Turkish firms on Wednesday won a Dhs10.8 billion ($2.94 billion) contract from the Abu Dhabi government to build a mid-field terminal at the emirate’s airport.

Construction of the complex will begin in the third quarter and is expected to be concluded in 2017.

“Abu Dhabi Airports Co is looking ahead to an exciting five years of growth focusing on increasing traffic at Abu Dhabi International Airport and on expanding the airport’s infrastructure to support this growth,” Ali Majed Al Mansoori, chairman of ADAC said in the statement.

The 700,000-square-meter terminal building is one of the key strategic infrastructure projects to be undertaken in the UAE capital, and will initially handle 30 million passengers per year. It will be the future home of Abu Dhabi’s Etihad Airways.

The project will include two phases, the four-year construction phase and the operational readiness assessment phase to undertake tests, the statement said.

Abu Dhabi, home to one of the world’s largest sovereign wealth funds, is investing billions of dollars in tourism, industry and infrastructure as it diversifies its economy away from oil.

Shares in Arabtec ended 0.4 per cent higher on the Dubai bourse.