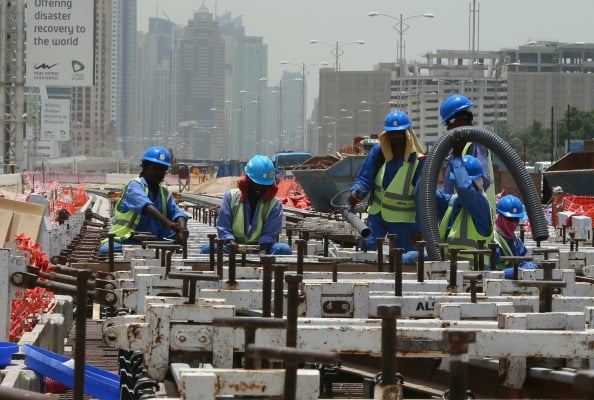 “The company would like to state that there are no discussions to merge with either of the two companies and there are no current plans to do so,” Arabtec said in a statement.

“The company continues to review opportunities in Saudi Arabia and Kuwait and will disclose any developments in line with the regulations of the Dubai Financial Market.”

The clarification follows a report by Kuwaiti newspaper Al-Qabas, which quoted anonymous sources as saying that merger talks were on between the three companies.

Earlier today, CEO Hasan Abdullah Ismaik also told CNBC’s Arabic news channel: “We are now looking for merger with two of the biggest construction companies in the Gulf, one in Saudi Arabia and the other in Kuwait.” However he did not name any of the companies.

Arabtec, in which Abu Dhabi state fund Aabar bought a 22 per cent stake last year, reported a net profit of Dhs155 million for the first half of the year, up 114 per cent from a year earlier.

The contractor, which raised over $650 million in a rights issue in July, also revealed second quarter net profit of Dhs92.4 million, up from a loss of Dhs11.6 million on the same period in 2012.