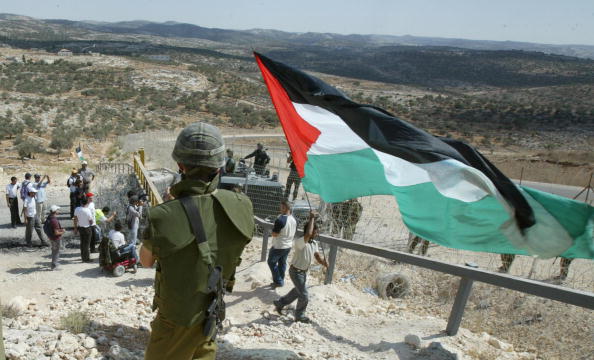 Arab League foreign ministers endorsed on Saturday a draft resolution setting a timeframe for the creation of a Palestinian state and said they would formally present it to the United Nations Security Council for a vote within days.

The ministers said in a statement after their meeting that a follow-up committee including Jordan, an Arab member of the Security Council, would begin to seek international backing for the resolution. Arab League chief Nabil al-Araby said Jordan would present the draft to the Security Council within days.

A proposed resolution on a Palestinian state is unlikely to gain the support of veto-wielding council member the United States, a key ally of Israel. It is not clear whether Washington would engage in formal negotiations on such a document.

Speaking at the opening of the session in Cairo, Palestinian President Mahmoud Abbas said Israel had left his people no option but to turn directly to the international community.

“The current situation in the Palestinian territories cannot continue,” he said. “There is no longer a partner for us in Israel and there is nothing for us but to internationalise the issue.”

Jordan circulated a draft U.N. Security Council resolution to members early last month that calls for an end to Israeli occupation by November 2016. Some diplomats have described the Palestinian-drafted text as “unbalanced”.

France, Britain and Germany are also drafting their own resolution, diplomats said, which would set out parameters for trying to end the conflict. They have not yet circulated a text to the 15-council members.

Abbas warned in his speech that his government could limit contacts with Israel and suspend security coordination if the resolution failed to pass at the Security Council, and that Israel would bear responsibility for the consequences.

Abbas has previously described security coordination with Israel as necessary and even “sacred”.

Palestinians seek statehood in the Israeli-occupied West Bank and blockaded Gaza Strip, with East Jerusalem as their capital – lands captured by Israel in a 1967 war.

Israel accepts the idea of a “two-state solution” of an independent and democratic Palestinian state existing alongside Israel, but has not accepted the 1967 borders as the basis for final negotiations, citing security and other concerns.

The latest round of efforts to forge a two-state solution collapsed in April and relations between the two sides have worsened since a 50-day war between Israel and Hamas militants in the Gaza Strip this summer.

France said on Friday it would recognise a Palestinian state if a final international effort to overcome the impasse between Israelis and Palestinians failed.

French parliamentarians will hold a symbolic vote with no immediate policy impact on Dec. 2 on whether the French government should recognise Palestine as a state, after similar moves in Sweden, Britain, Ireland and Spain.