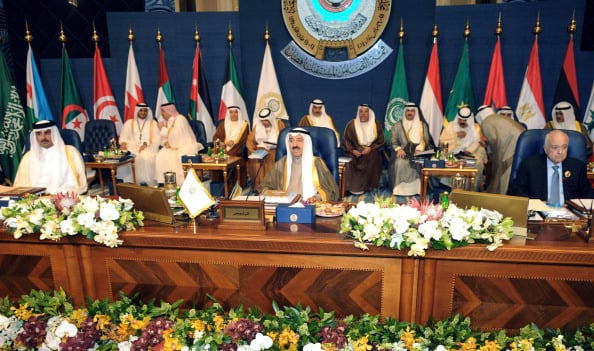 Arab leaders, at loggerheads over numerous issues including Egypt and Syria, pledged at the end of a two-day summit in Kuwait on Wednesday to work to end their divisions.

The 22 members of the Arab League also denounced killings of civilians by the Syrian government.

“We pledge to work decisively to put a final end to divisions,” read their final statement, read out to media by Kuwaiti Foreign Ministry undersecretary Khaled al-Jarallah.

Three weeks ago, Saudi Arabia, the United Arab Emirates and Bahrain recalled their ambassadors from Qatar, accusing it of failing to abide by an accord not to interfere in fellow Arab states’ internal affairs.

Officials have said the spat was over Qatar’s support for Egypt’s Muslim Brotherhood, which was ejected from power by the military last year after mass protests against the Islamist president, Mohamed Mursi, and has now been outlawed.

Arab states have also been at odds over the civil war in Syria, with some countries such as Saudi Arabia and Qatar supporting rebels battling to overthrow President Bashar al-Assad, while a minority back Assad.

“We condemn in the strongest terms the massacres and the mass killing committed by the Syrian regime’s forces against the unarmed people,” the final communique read.

“We call for a political solution to the Syrian crisis in accordance with the Geneva One declaration.”