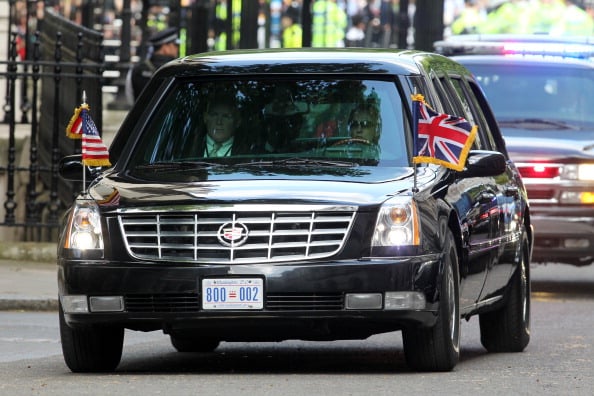 In a workshop in a dusty industrial area on the outskirts of Dubai, engineers are stripping down a Toyota Land Cruiser to install armoured plating, bullet resistant glass and run-flat tyres.

In the aftermath of the “Arab spring” revolts and with the wealth gap and social unrest rising in many parts of the world, there is no shortage of rich individuals and governments who suddenly feel they need a little extra protection.

For companies such as Canada’s INKAS, Britain’s Jankel and Germany’s Transeco, it has been a lucrative decade. Even with the Iraq and Afghan wars – the conflicts on which the industry grew – winding down, there are still deals to be done.

Newer entrant Ares Security Vehicles – founded in 2010 but largely staffed by industry veterans – says it has a strong and growing order book.

“This batch of vehicles is going to Iraq,” says Marc Rouelle, a Belgian engineer now chief executive officer of the Dubai-based firm. ” And the one behind is going to Russia. We are awaiting delivery tomorrow of 30 … destined for Libya.”

With spending cuts around the world, industry consultancy IHS Jane’s says the market for conventional military vehicles is contracting by more than four percent a year. But the demand for armoured sports utility vehicles and limousines – visually indistinguishable from regular civilian vehicles but protected against small arms fire and grenades – is on the up.

The gold standard, perhaps unsurprisingly, is set by the U.S. president. Barack Obama’s Cadillac limousine – dubbed “the beast” by the US media and Secret Service – is believed to weigh several tonnes and include its own defensive weaponry and air supply in the event of chemical attack.

Most of the industry, however, is made up of companies who fit armour to regular new or second hand vehicles. Not only are they often considerably cheaper, but sales of vehicles built outside Western Europe and the United States can be less constrained by complex export regulations.

The conversion trade is far from new. Britain’s Jankel – which also builds armoured riot control vehicles for police and militaries – has been fitting armour and rebuilding limousines for heads of state and other clients since the 1980s.

But the scale and breadth of demand in recent years, industry watchers say, has been entirely new. Particularly in those countries affected by the “Arab spring” analysts say demand from government, individuals and firms is sharply up.

“It’s a murky market and it’s hard to get any exact figures,” says Jon Hawkes, senior analyst for military vehicles at IHS Jane’s. “But companies are talking about a 30-40 percent increase in sales in the last four or five years. The big auto manufacturers are increasingly realising there is money to be made but the main area of growth is probably at the other end of the spectrum.”

Prices vary, but an armoured Land Cruiser can sell for $150,000 or more, more than three times the cost of a non-armoured vehicle.

In the entrance of its Dubai workshop, Ares proudly displays one of its most heavily tested vehicles – a Land Cruiser subjected to heavy gunfire on a test range in Germany. Given enough time, the company says it can convert almost any vehicle – but the Toyota Land Cruiser has emerged as far and away the favourite.

The Dubai plant now produces two such vehicles a day, CEO Rouelle says, still primarily for shipment to Iraq and Afghanistan but increasingly also to other buyers elsewhere.

The Middle East emerged as a major centre of the industry because of its proximity to those two war zones and other markets. At the height of the Iraqi and Afghan wars, more than a dozen companies were operating in the United Arab Emirates alone producing what industry insiders said could be 400 vehicles a month.

That demand, industry insiders say, has fallen off somewhat lately. In part, the drawdown of Western troops has meant fewer foreign personnel on the ground. At the same time, workshops have sprung up in both Iraq and Afghanistan capable of doing their own conversions to add armour.

Several companies, including Ares, have set up operations elsewhere. Jordan, with its land border with Iraq, is a particular favourite.

For Rouelle, however, Dubai, still offers an appealing base. As well as an easily tapped migrant workforce, it charges little tax and is well located for the other growing markets of the Middle East, Africa and Asia.

“The UAE is an attractive base for our main operations,” he says. “European engineering, tested and certified in Germany, made in Dubai.”

But the real money, those in the industry say, still lies with large government contracts.

“We’ve had a lot of interest,” says John Lashmar, director of marketing and business development at Ares. “Interior ministries, presidential protection details, companies and individuals in the Gulf and beyond.”

In the Middle East and North Africa in particular, secret police and government security forces have ramped up their resources.

Saudi Arabia, one source said, had bought several dozen armoured land cruiser-type vehicles recently as it worries over potential trouble along its border with Yemen and minority Shi’ite dominated areas in its oil-rich east. Qatar had bought a similar number, suspected to be for delivery to rebels in Syria.

Some manufacturers are also expanding into military-style riot control vehicles, another growing market where they believe they can compete with larger, established defence companies.

With many nations seeing an uptick in riots and unrest since the financial crisis, such vehicles are in mounting demand. Jankel’s armoured police vehicles were credited with helping restore order in London after its 2011 riots.

The strangest request he has had so far, Rouelle said, was from somebody looking to armour a Porsche sports car. He declined, preferring to concentrate on the firm’s existing strengths.

Other firms, however, will offer just that service. One U.S.-firm, Lasco Group, says it will armour a Ferrari for $100,000 plus the original cost of the vehicle. Its armoured aluminium, however, would only be proof against handguns.

“Sometimes it can be seen as a lifestyle item,” says Hawkes at IHS. “These buyers are much less concerned about exactly how bullet-proof a vehicle might be.”