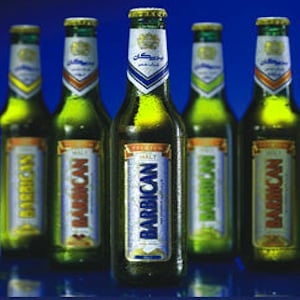 At the Aujan Industries beverage plant in an industrial suburb of Dubai, workers survey an empty room where new machinery will be installed. When it is ready, movable walls will be rolled back to connect the area to the main production hall.

The family-owned Saudi Arabian company, which makes fruit-based beverages, is in the final stages of a 100 million euro ($130 million) programme to modernise and expand its three manufacturing facilities in the Gulf trading hub of Dubai, the Saudi city of Dammam and the Iranian capital Tehran.

Its ambitions do not stop there. In the next three or four years, it expects to build two more factories; one in Iraq and one in North Africa, probably Egypt.

Defying political uncertainty and economic turmoil, Middle Eastern companies such as Aujan are moving out of their home bases and expanding across the region, creating a new type of player in the business world: the Arab multinational.

If the trend gathers pace — and there are reasons to think it will, despite instability in the global economy and social unrest in Arab world after last year’s uprisings — these firms could play a big role in creating jobs in the region and giving Arab countries more weight in the world trading system.

“We look at the long term,” said Kadir Gunduz, Aujan’s Turkish-born chief executive. “Countries such as Egypt and Iraq provide opportunities for us despite current political and economic problems.”

Afshin Molavi, an adviser on the Middle East at Oxford Analytica, a global analysis and advisory firm, said cross-border investment by Arab firms was helping to bring the region’s economies closer together after decades of relative isolation.

“One of the ironies of the Arab world has been that countries haven’t traded with each other at the rate of other regional blocs, they haven’t invested much in each other,” he said. “This is changing.”

The change is occurring from a low base. The Middle East and North Africa are “economically the least integrated region in the world”, said Dimitris Tsitsiragos, vice president for the area at the International Finance Corp (IFC), a World Bank arm.

According to the latest figures from the Abu Dhabi-based Arab Trade Financing Program, the share of Arab exports sent to other Arab countries was a tiny 10.3 percent in 2009, up only slightly from 8.5 percent in 2005. The ratio of inter-Arab imports actually fell, to 11.2 percent from 12.6 percent.

Traditionally, Gulf countries have focused on exporting oil to the West and Asia and then used the proceeds to import consumer goods from those areas, rather than developing trade ties with each other or North Africa. Countries in North Africa have looked to Europe as their main trading partner.

Outside the oil industry, Arab companies have tended to concentrate on their national markets, lacking the size and marketing clout to expand across the region. The only Arab company in last year’s Fortune 500 list of top global companies was Saudi Basic Industries Corp, the world’s biggest petrochemical firm by market value.

Tsitsiragos said the Arab world needed companies to act as “regional champions”, creating jobs, introducing technology and spreading effective management practices around the region — a goal which the IFC is working toward by financing and advising private sector ventures in the area.

Rising cross-border investment between Arab countries over the past decade suggests such champions are emerging. According to the Kuwait-based Arab Investment and Export Credit Guarantee Corp, inter-Arab direct investment flows jumped from $1.8 billion in 2000 to a peak of $35.4 billion in 2008. In line with investment patterns around the world, they then fell back to $5.7 billion in 2010 because of the global financial crisis.

Although the Arab world is still not creating Fortune 500 companies, more firms are becoming big enough to seek growth abroad. Aujan, which obtains less than half its sales within Saudi Arabia, expects revenues of about $1 billion this year — well over double the figure in 2007.

“Some have become big and sophisticated enough to move to other parts of the region… They have the technology, the skills and the scale,” he said.

Some Arab firms are enlisting the aid of Western multinationals as they expand regionally. In December, Coca-Cola Co said it was buying a $980 million stake in Aujan, calling it the largest-ever investment by a multinational in the Middle East’s consumer goods sector. The deal gives Coca-Cola 50 percent stake of the entity holding the rights to Aujan’s brands and 49 percent of Aujan’s bottling and distribution company.

Gunduz said Aujan would draw on Coca-Cola’s marketing reach and technical skills but the deal would not change the flexible, pragmatic business culture of his firm, originally founded as a food trading business in Bahrain over 100 years ago.

“We can move much faster than big corporations. It’s part of our culture,” he said.

In some cases, culture may be an advantage that Arab multinationals have over Western and Asian competitors; the local companies are used to working with the region’s inefficient government bureaucracies, and are familiar with complex political risks that might deter foreign firms.

Molavi said he expected Arab multinationals to focus on two main sectors as they expand across the Arab World. One is consumer goods, where the demographics of the region — about 60 percent of the Arab world’s 350 million people are younger than 25 — promise strong growth in coming years almost regardless of any political or economic instability.

The other big area of opportunity is banking. Some Arab countries are underbanked; Kuwait’s Watheeqa Capital said retail bank loans in Egypt accounted for just 7 percent of gross domestic product in 2010, about a third of the level in the United Arab Emirates.

In certain countries, the “Arab Spring” uprisings appear to have removed barriers to foreign banks; Libya plans to build a modern banking system after decades of isolation, while democratic governments in Tunisia and other North African states are welcoming Islamic finance after their authoritarian predecessors discouraged it for ideological reasons.

State-owned National Bank of Abu Dhabi, the UAE’s largest lender by market capitalisation, is a deep-pocketed Gulf bank planning to expand in the region. This year it aims to add Iraq and Lebanon to its network while investing more in existing operations in Egypt, Oman, Jordan, Sudan and Bahrain — in contrast to many European banks, which are being forced to cut their presence in the region by financial pressures at home.

Although most of the emerging Arab multinationals are in the Gulf, big North African companies may also expand across borders by reaping business opportunities created by the Arab Spring.

Molavi said the ranks of Arab multinationals, long dominated by state-owned firms in the oil sector and family trading firms that relied on personnel connections, were expanding to include professionally managed companies in a wide range of industries.

“These companies have time horizons of 10 or 15 years, and the demographics of the region guarantee growth in their markets,” he said.