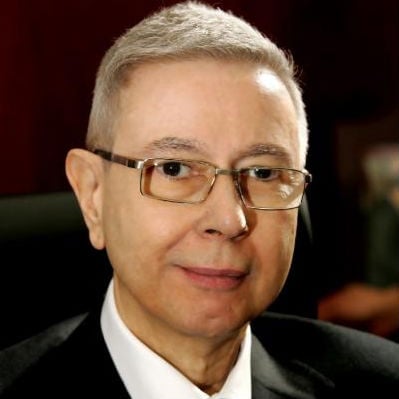 The chairman of Jordan-based Arab Bank, Abdel Hamid Shoman, resigned on Thursday after a dispute with key shareholders and the bank’s chief executive, he said in an internal memo seen by Reuters.

Sources at the bank, one of the Middle East’s largest financial institutions, said key shareholders failed to back Shoman, whose family founded the bank in Jerusalem, after a months-long dispute with CEO Nemah al-Sabbagh over his management of the bank came to a head.

“We refuse to be part of a bank which has strayed from the founder’s vision for it,” the memo, which was sent to the bank’s employees and signed by Shoman and his wife and daughter, who also resigned as board members, read.

The family owns a 5 percent stake in the bank.

One key shareholder who attended a meeting with Shoman this week and requested anonymity said: “We decided not to back Mr Shoman when the CEO complained he was interfering in the executive decision-making of the bank.”

Another senior banker in the bank said Shoman resigned after the board rejected harsh accusations against Sabbagh levelled by the chairman and seen as overt intervention in the day-to-day running of the bank.

“Key shareholders stopped Shoman. He was acting as an executive chairman so they took the side of the CEO,” the banker said.

Banking sources said they did not see the move negatively affecting the bank under Sabbagh, a veteran banker who has maintained its conservative image since his 2010 appointment.

The firm is one of the Arab world’s largest privately owned banks, with over 20 per cent owned by the family of Lebanon’s former prime minister, Rafik al-Hariri, who was assassinated in 2005, and a similar stake held by Jordan’s social pension fund.

Based in Amman but with only a fifth of its assets and a quarter of its deposits in Jordan, the bank has built a reputation for low vulnerability to major political upheaval.

Investment analysts say the bank has traditionally had a lower risk appetite than peers. Despite the regional downturn, its traditionally loyal Arab customer base raised deposits by more than 3.6 per cent to $32 billion at the end of June 2012 against the same period last year.

First-half net profit rose 10 per cent to $360 million thanks to lower provisions and a rise in operating income, despite the political upheaval that hit the region.