Apple’s iPhone 6S, 6S Plus expected in UAE within a month - Gulf Business 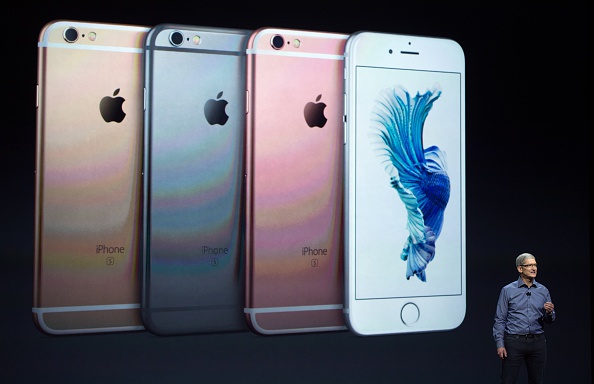 Apple’s new iPhones, launched on Wednesday, are expected to be available for sale in the United Arab Emirates by October, retailers have said.

The iPhone 6S and the 6S Plus will be released for sale in the US on September 25, and are priced from $199 onwards for a two-year contract.

While no official launch dates have announced yet for the UAE, the new devices are expected to arrive within a few weeks.

“Looking at our previous experience with Apple, we expect to be able to launch the new iPhones as early as one to four weeks after the official global release, meaning the new products could hit our stores by October,” said chief executive of mobile retailer axiom Faisal Al Bannai.

“With a large early-adopter population and high spending power, the UAE is a very important market for Apple,” he added.

“We expect to have models available in the UAE around mid-October,” he said.

Al Bannai said the prices are anticipated to be “similar to that of the iPhone 6 and 6 Plus when they were launched last year.”

The new iPhone 6S and the 6S Plus devices share the same size as their predecessors but have some added features.

The new 3D Touch feature provides new multi-touch options to users while the cameras have also been improved to provide 12MP pictures and 4K videos.

The new iPhones also have increased RAM space and come with an A9 chip with 64-bit architecture, facilitating faster processer speed.

In terms of design, the 6S and the 6S Plus are made with 7000 series aluminum and feature Retina HD displays made from the “strongest cover glass used on any smartphone in the world,” according to Apple.

They are also available in a new rose gold ﬁnish colour.

The new features are expected to go down well with consumers in the Gulf region, said Al Bannai.

“This is the first time in many years that Apple has upgraded the camera resolution on their smartphones. The GCC population is one of the most active social media users in the world, heavily relying on smartphones to instantly upload photos onto various social media platforms.

“This has made the announcement of the new and improved camera on the iPhone 6S and iPhone 6S Plus particularly welcome among smartphone enthusiasts in the region,” he said.

Another anticipated feature is the new 3D Touch technology.

“It will be interesting to see how the new 3D Touch technology will integrate with the iOS software. We expect that the regional market will enjoy this feature, allowing for shortcuts and additional functionalities, and enhancing the overall iPhone experience,” added Al Bannai.