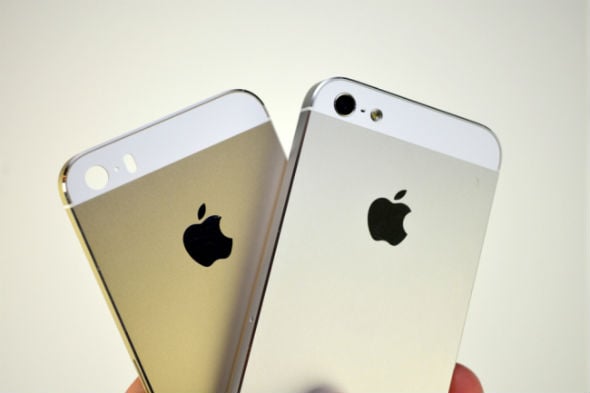 Apple’s iPhone 5s was the most commonly used smartphone in the UAE during the second quarter of 2014 closely followed by the iPhone 5, according to data released by Telecommunications Regulatory Authority (TRA).

The third most commonly used smartphone was the Samsung S III, also with a 2.6 per cent market share, followed by the iPhone 4s with 1.9 per cent and Samsung S4 LTE, with 1.8 per cent.

The number of smartphones in use also grew during Q2 2014, comprising around 57 per cent of handsets registered in the UAE, up five per cent from the previous quarter, the TRA said.

The report showed that the iPhone 5s recorded the highest increase in market share during the second quarter, replacing the iPhone 5 as the most popular smartphone and the Nokia 101/1010 as being the most commonly used handset in the UAE.

The report also indicated that Nokia manufactured 46 per cent of all handsets registered on UAE networks, although this figure has been declining over time, falling by four per cent quarter-on-quarter in Q2 2014. Blackberry, which manufactured almost 6.8 per cent of handsets in the country, also saw a dip in its market share, TRA noted.

Meanwhile, Samsung and Apple continued to see a rise in market share in Q2 2014.

Among the application websites in the UAE, Apple’s iTunes was the most commonly visited, followed by Samsung Apps, Android Applications and Nokia OVI while Blackberry App came last.

In terms of social media, UAE smartphone and fixed internet users made a total of 35 billion visits to social networking websites during the period April 1, 2014 to June 30, 2014, the report said.

Facebook continued to account for 86 per cent of total visits while visits to microblogging site Twitter comprised of 11 per cent, followed by LinkedIn, Maktoob and MySpace.

The UAE ranks highest in the world in terms of smartphone penetration with 73.8 per cent of consumers owning smartphones.

According to research revealed by Gartner, the sale of smartphones is expected to grow 30 per cent to reach 74 million in the MENA region in 2014.