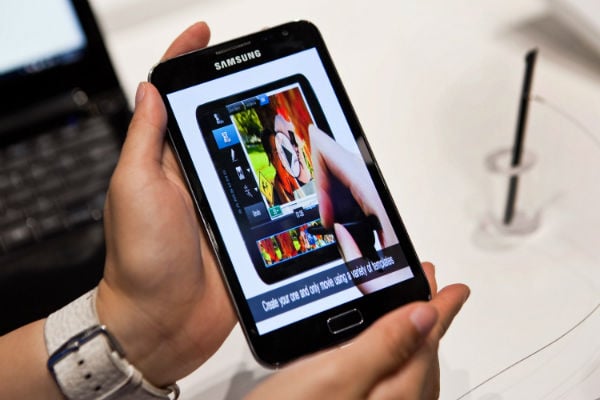 Apple, the world’s biggest company by share price, has been ordered to pay its rival Samsung’s court fees after fumbling a court-ordered public apology not once, but twice.

The California-based iPad maker has been locked in on-going legal battles with its number one competitor across several different countries, as it seeks to ban its rival from selling products which Apple say infringe on its own designs.

A UK court found Samsung innocent of the accused charges earlier this year and ordered Apple to apologise to Samsung on its website, stating that the South Korean firm did not copy the iPad.

However, deterred by the court’s findings, Apple issued a statement on its website which deviated from the judge’s ruling.

After initially explaining the court’s verdict, Apple went on to compare the decision with those found by courts from different countries, highlighting the opposing outcomes.

The second part of the apology read:

“In a case tried in Germany regarding the same patent, the court found that Samsung engaged in unfair competition by copying the iPad design. A U.S. jury also found Samsung guilty of infringing on Apple’s design and utility patents, awarding over one billion U.S. dollars in damages to Apple Inc. So while the U.K. court did not find Samsung guilty of infringement, other courts have recognized that in the course of creating its Galaxy tablet, Samsung willfully copied Apple’s far more popular iPad.”

The statement irritated the UK judge who said he was “at a loss that a company such as Apple would do this” and that it was “a plain breach of the order”.

More seriously the court noted: “What Apple added was false and misleading. There is a false innuendo that the U.K. court’s decision is at odds with decisions in other countries whereas that is simply not true.”

The judge ordered Apple to re-word the apology to meet a satisfactory standard, which the company did.

However, Apple used a new code when re-posting the apology, hiding it below the fold on its website and forcing visitors to scroll down the page in order to find it.

The new code meant that regardless of how tall a web user’s browser window was or how dense their screen resolution, all visitors to Apple’s UK homepage were forced to scroll down the page before the apology became visible.

The result was the UK court decided it had given Apple enough chances to apologise properly and has now stuck the company with Samsung’s court fees as punishment.

A statement from the court read:

“As to the costs (lawyers’ fees) to be awarded against Apple, we concluded that they should be on an indemnity basis. Such a basis (which is higher than the normal, ‘standard’ basis) can be awarded as a mark of the court’s disapproval of a party’s conduct, particularly in relation to its respect for an order of the court. Apple’s conduct warranted such an order.”

The judge added: “I hope that the lack of integrity involved in this incident is entirely atypical of Apple.”

The latest twist personifies the mixed success Apple has had in courts around the world in its fight with Samsung.

The company won a huge payout of $1.05 billion from a US court in August this year when Samsung was found guilty of infringing a number of Apple’s patents.