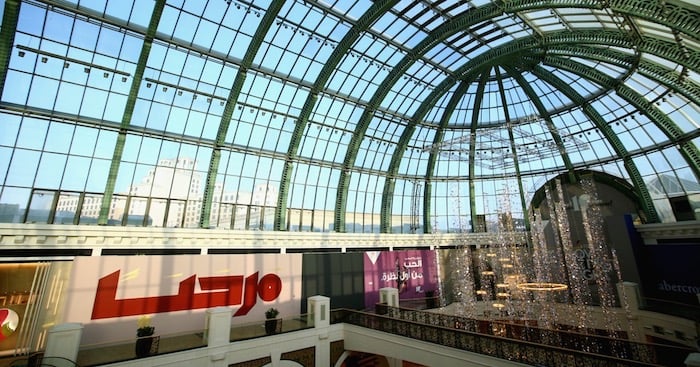 Following months of speculation, Apple has finally announced that it will open its first stores in the United Arab Emirates this month.

Creative barricades around the stores – done by an Arab artist – have now been unveiled.

They are both set to open their doors on Thursday, October 29. The Dubai store’s launch will take place at 4.00pm, while the Abu Dhabi store will have its grand opening at 7.00pm, Apple said.

Apple, which launched its latest smartphones – the iPhone 6s and the 6s Plus in the UAE last week, is rapidly looking to increase its market share in the UAE. According to IDC, Apple’s share of the smartphone market in the country increased from 11 per cent in Q3 2014 to 18 per cent in Q2 2015.

Since the visit of Apple chief executive Tim Cook to the UAE in February last year, rumours of a new Apple store began doing the rounds. The US-based company also later confirmed plans to establish a physical presence in the country, but did not disclose any further details.

Speaking to Gulf Business earlier this year, IDC’s research manager for Middle East, Africa and Turkey Nabila Popal said: “Apple has always been a prestigious and popular brand in the region, with or without a store. Having a store is therefore only going to further enhance that image as users will be able to directly connect with the brand and finally be able to have the unique ‘Apple’ store experience which until now they could only get overseas.

“I do not see the store itself increasing Apple’s sales or share in a significant way, however, combined with future good product launches that Apple is renowned to do, it will definitely help build the brand image further,” she added.