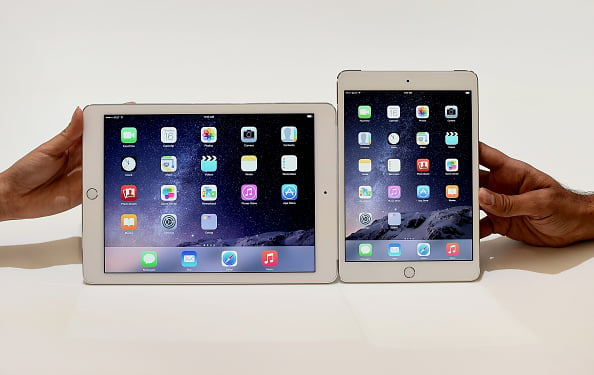 Apple Inc’s faster, slimmer iPads come with modest improvements, such as a fingerprint sensor, but some analysts say it offers few other features to wow consumers ahead of a holiday shopping season expected to be swamped by mobile devices.

At a launch event on Thursday, Chief Executive Tim Cook called Apple’s new line-up, which includes a new iMac computer with a “5K retina” or high-end display, the company’s best ever. But analysts say Apple may struggle to arouse the same passion for its tablets as in past years among consumers faced with an abundance of hand-held, touch-screen devices.

“I’ve got to be honest and say, the only impressive thing was the 5K retina display on the iMac,” said Gartner analyst Van Baker, who attended the show at Apple’s headquarters in Cupertino, California. “The other things we saw (included) just iterative improvements on the iPad.”

Marketing chief Phil Schiller called the larger tablet the world’s slimmest and described several new features such as an anti-reflective screen. He also confirmed the inclusion of the “Touch ID” sensor, already available on the latest iPhones.

Pre-orders start Friday for the larger iPad Air 2, priced at $499 and up, with shipping beginning next week. The smaller iPad mini 3 will be about $100 cheaper.

The new iMac, which sports the new “Yosemite” operating system, will go for $2,499.

Tablet sales are set to rise only 11 per cent this year, according to tech research firm Gartner, compared to 55 per cent last year, even as smartphone sales continue to soar and personal computer sales are waning.

Tablet sales for Apple, which defined the category with the iPad just four years ago, have fallen for two straight quarters. Investors remain focused on the iPhone, Apple’s main revenue generator, but a prolonged downturn in iPad sales would threaten about 15 percent of the company’s revenue.

The new iPads will go up against recently introduced tablets from Amazon.com Inc and Google Inc in coming months.

Apple also said it will launch its new electronic payments service on Monday, after the iPhone maker signed up another 500 banks to support a feature that competes with eBay Inc’s PayPal and other online systems.

Cook said developers were beginning to design apps for its upcoming Watch.

Apple last month introduced the Watch, its first new device since the iPad in 2010. The company’s entry into the rapidly expanding wearable computing arena will be available only from 2015, but Cook said software development kits for the device will be available from November.

Missing on Thursday was a larger, 12-inch-plus iPad, the subject of industry speculation ahead of Apple’s event.

“It is disappointing, particularly to enterprise buyers, that there wasn’t a 12.9 inch iPad model,” said Forrester Research analyst J.P. Gownder. “To return iPad to high growth, form factor innovation will be required. We’ll have to wait until 2015 to see if Apple addresses this issue.”