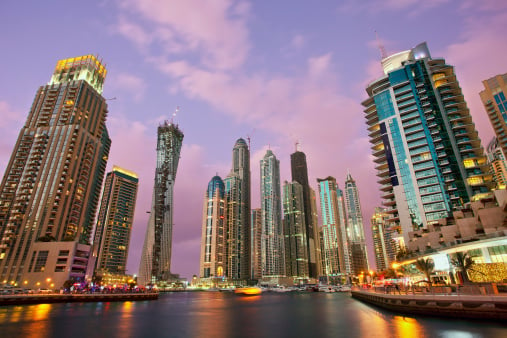 Residential apartment prices in Dubai have increased with areas like Dubai Marina and Jumeirah Lakes Towers recording an average rate rise of between eight to 10 per cent in the last six months, according to a new report by Hamptons MENA.

The report found that premium and secondary towers in both developments are witnessing increased viewing activity and interest for units.

Declan King, valuation & research manager of Hamptons MENA, said: “The positive gains reported by property in Dubai Marina and Jumeirah Lake Towers is testament to investor confidence in Dubai’s real estate sector strengthening across the board.

“Initially, the growth in demand and price was largely confined to selected neighbourhoods. The growing interest in real estate across diverse developments highlights that investors see stronger value proposition in the city’s property, led by Dubai’s vibrant economic fundamentals.”

Dubai’s overall property market has recovered from the crash in 2008/2009 and residential property prices, especially for apartments, have begun climbing north again.

Earlier this week, an earnings reports from Emaar Properties – developer of Dubai Marina – indicated that revenue from condominium sales more than doubled last year to Dhs2.5 billion ($680.64 million), compared with Dhs1.1 billion in 2011.

More than 80 per cent of its projects launched last year have been sold, it said.

The company’s recent project launches including The Address The BLVD and The Address Residence Fountain Views I & II, all located in Downtown Dubai, also sold-out immediately after the launch.