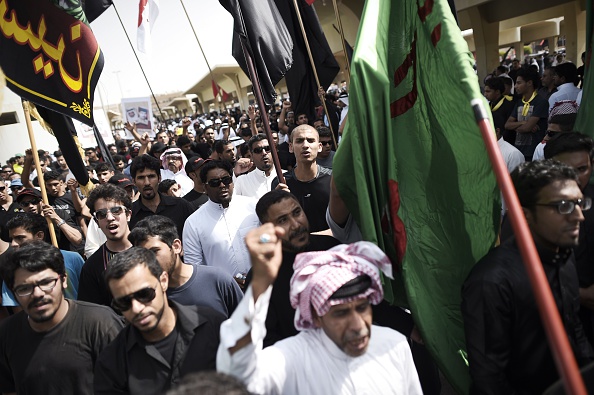 Sophisticated attacks by an ISIL branch in Saudi Arabia show the jihadist group is better established there than previously suspected, and that fuelled by anger over Arab civil wars, Riyadh’s militancy problem is not going away.

A sustained militant campaign could undermine stability in the world’s top oil exporter and birthplace of Islam, one of the few major Arab states that has so far mostly avoided the political tumult and civil war shaking the region.

“Any country that experiences two consecutive large bombings has a problem. It’s not supposed to happen, so there clearly is a new network that the intelligence services are not completely in control of,” said Thomas Hegghammer, author of Jihad in Saudi Arabia.

The attacks have targeted members of the Shi’ite Muslim minority, policemen and Western expatriates, and represent the most serious militant threat inside the kingdom since it ended an al Qaeda campaign that lasted from 2003 to 2006.

Unlike that era, when militants headed by veterans of jihad in Afghanistan were mainly motivated by anger against the West, today’s jihadists are more focused on Syria’s President Bashar al-Assad, the Shi’ite militias of Iraq, and their supporter Iran.

Among Saudi Arabians, it is common to hear bitter denunciations of Iran’s perceived role in orchestrating what they see as Shi’ite oppression of their fellow Sunnis in Syria, Iraq, Lebanon and Yemen, accompanied by Western indifference.

Even comparative liberals among the kingdom’s Sunni Islamists, such as Mohsen al-Awaji, an activist who was jailed repeatedly in the 1990s for agitating for a constitutional monarchy, say they understand the attraction of ISIL.

Although Saudi Arabia’s militancy problem is far from unique – young Muslims from countries around the world have joined the radical cause – it is watched more closely than other places because it is a centre of ultra conservative Islamic thought.

Saudis played a leading role in the emergence of modern jihadist movements, providing clerics, fighters and funding for Islamist groups around the world until the government recognised it was a problem after domestic attacks by al Qaeda in 2003.

After those attacks, the kingdom detained over 11,000 suspected militants, sacked clerics and teachers found to have encouraged jihadist thinking and outlawed travel abroad to fight. Security chief Prince Mohammed bin Nayef, now heir to the throne, orchestrated the crackdown.

The Interior Ministry, run by the prince, said a month ago it had foiled an attempt to smuggle high explosives into Saudi Arabia from Bahrain. But a diplomat in the Gulf said the discovery was by chance, suggesting other shipments may have entered the country.

Saudi Arabia’s official Wahhabi school of Sunni Islam today differs from the ideology of ISIL in outlawing rebellion against governments it regards as legitimate and opposing attacks on non-Muslims in most circumstances.

Its top clerics have decried militants as “deviants”, but they still refuse to acknowledge most Shi’ites as being Muslims or to repudiate the teachings of earlier Wahhabi thinkers who argued for permanent jihad against heretics and infidels.

Responsibility for the attacks on Shi’ite mosques in the Eastern Province on May 22 and 29 was claimed by ISIL’s Saudi branch, the Wilayat of Najd, the Arabic words for province and central Saudi Arabia, Wahhabism’s historical heartland.

While many of those detained were from Najd, including an ISIL leader from the town of al-Zulfi, according to local media, a list of 16 suspects in the bombings issued by the Interior Ministry included tribal names from across the kingdom.

The ministry did not comment for this article, but it has regularly cited Islamist radicals as a threat to the kingdom and has given details of its efforts to counter jihadist ideology and round up suspected militants.

The security forces have detained hundreds of suspected militants in recent years, many of them for planning to travel to Iraq and Syria for jihad, or for encouraging or helping others to do so.

A total of 2,284 Saudis have joined militant groups in Syria since the conflict began in 2011, Interior Ministry spokesman Major General Mansour Turki told Reuters in March, of whom 645 had returned to the kingdom and about 570 had been killed, he said.

Significantly, the number of Saudis travelling to Syria appeared to have fallen after a royal decree in March 2014 ordering long prison terms for any who did so, he said.

But in September, ISIL’s self-annointed caliph, Abu Bakr al-Baghdadi, urged Saudis not to come to join the group in Syria and Iraq but instead to stay at home and fight for its Wilayat of Najd. His supporters appear to have done so.