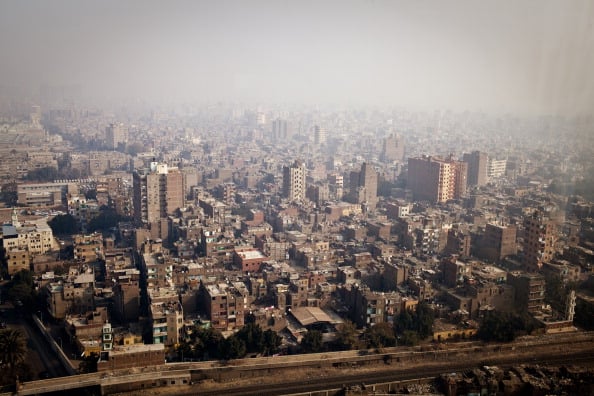 The Egyptian economy was heavily hit by the revolution of 2011, with real GDP of just 1.8 per cent recorded last year, according to the IMF.

While the political situation has now stabilised, the economy is expected to only recover slowly, with IHS Global Insights predicting real GDP growth of 1.9 per cent in 2012 and 2.8 per cent in 2013.

“Egypt appears to be on track for a return to more robust economic growth. It is evident that the new government is pro-investment and will be working hard to encourage a more dynamic market environment,” said Craig Plumb, head of research at Jones Lang LaSalle in MENA

“While the political situation remains fragile and some caution inevitably remains, we would anticipate increased demand across the Cairo market over the next 12 months, providing the government can maintain political and economic stability”.

Negotiations with the IMF in respect of the increased loan of $4.8 billion are progressing but have yet to be finalised.

The new government is aiming to achieve nominal growth of four to five per cent this year. It estimates that this will require a total of $45 billion in investment, significantly above the agreed loans from the IMF and Qatar.

The government is studying new laws to impose fines on companies undertaking commercial activities from residential buildings. If enforced, this will increase demand for space in purpose built office premises.

In a positive development for Cairo’s real estate market, UAE developers Al-Futtaim Group and Emaar Properties have announced plans to join forces to develop Cairo Gate, $830 million retail and entertainment complex on a 16 acre site on the Cairo to Alexandria desert highway.

Another indicator of increased sales activity comes from Amer Group, which recently declared real estate sales of around $388 million over the past nine months. Most of these sales are from residential units in projects to be delivered to the market over the coming two years

Ayman Sami, head of Egypt office at Jones Lang LaSalle MENA said: “The Cairo and broader Egyptian real estate market is poised for recovery across all sectors. The office and retail sectors will benefit from growth in the economy, residential sales have started to pick up as people begin to believe in the recovery and hotel sector will benefit from the authorities hard work to encourage visitors back to the country.

“While the improved sentiment and confidence has yet to be reflected in price or rental increases in the broader real estate market, we would expect to see more investment and development announcements and stronger performance over the next few months, providing that political and economic stability continues and the economy begins to pick up more quickly.”