In June, Spain opened up its borders to UAE travellers allowing nationals and residents from the Gulf country to travel to the European destination.

The results of the country opening itself to tourism resulted in 4.69 million foreign tourists visiting it in September this year, a 311.9 per cent increase over the corresponding month in 2020. These international tourists spent EUR5.4bn, a six-fold rise over the same period last year.

Pre-pandemic, according to Spain’s National Statistics Institute (INE), tourism contributed to 12.4 per cent of the country’s GDP.

In an attempt to provide further impetus to travellers from the UAE and the Middle East, Spain added both the UAE and Bahrain too to its travel safe list. In a move that facilitated a further flow of tourists between the two countries, Abu Dhabi added Spain to its green list of destinations – with all travellers arriving from green list of destinations, irrespective of their vaccination status exempt from quarantine measures upon landing in Abu Dhabi.

While the distribution of travellers to the different regions of Spain isn’t accounted for, Madrid has been among the chief destinations for visitors, evident from the direct non-stop flights of UAE-based carriers to Spain’s capital.

For travellers planning a visit to Spain’s most populous, and arguably its most vibrant city, here are a few handy tips to bear in mind:

Stay
Madrid is home to some of the world’s most luxurious hotels, including the Four Seasons, which opened its doors in 2020 and the Mandarin Oriental Ritz whose Belle-Époque building underwent extensive restoration work. These two new additions join Madrid’s extensive list of premium hotels which includes the historic Westin Palace and the Santo Mauro Autograph Collection. 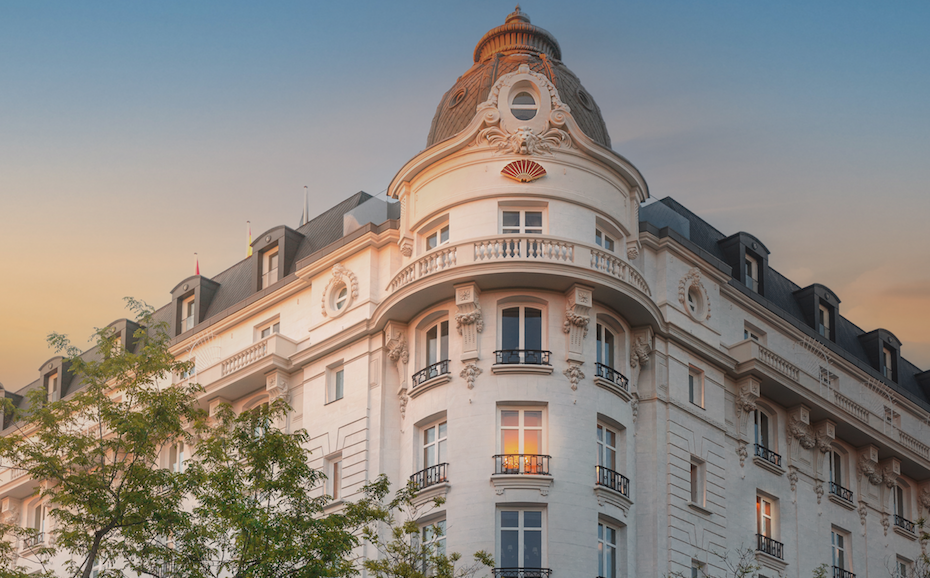 Other luxury hotels include upcoming openings of the Hardrock Hotel Madrid, Evok, JW Marriott and The Madrid Edition, as well as a boutique offering in the Metrópolis building, which will also feature restaurants, a private club and a spa. Another sought-after destination to stay in Madrid is the newly refurbished 154-room Rosewood Villa Magna Hotel located in the upscale neighbourhood of Salamanca.

Eat
There is no dearth of Halal restaurants in Madrid. Apart from these, there are a number of top-tier culinary hotspots in the city. For a slice of history, visit Botín, a restaurant that dates back to 1725 and which holds a Guinness record for the world’s oldest restaurant. To understand more about Madrid’s culinary history, ask for the Illustrated Map of Century-old Restaurants and Tabernas. 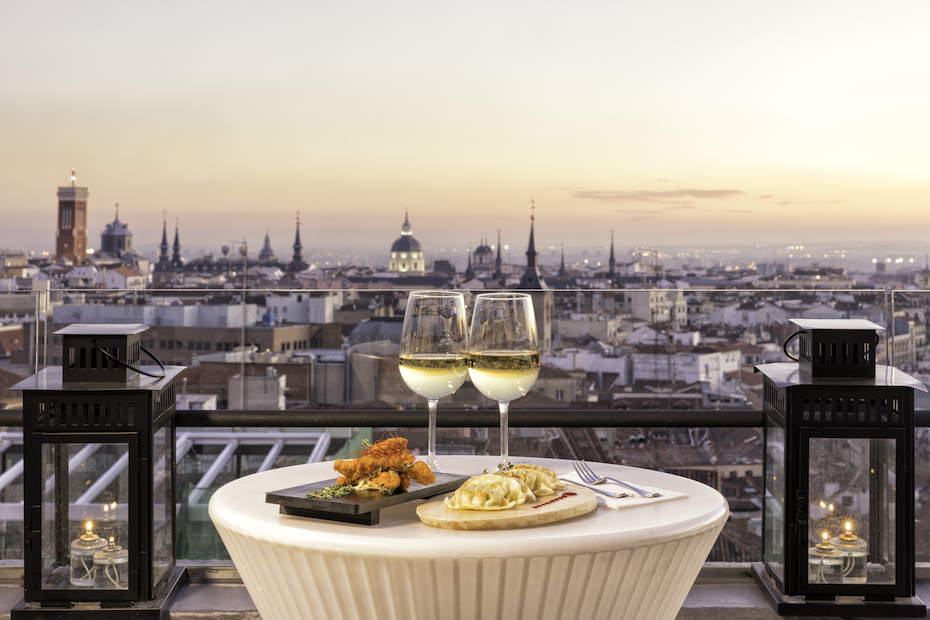 For ultra-modern dining experiences, turn to Saddle, with chef Adolfo Santos at its helm. The restaurant collected its first Michelin star in December 2020. There are 19 other Michelin star resultants – including DiverXo, Coque and El Invernadero –shoring up the reputation of Madrid’s dining scene as among the best in the world.

It’s also worth noting that on the top floor of many five-star establishments you’ll find the city’s fashionable rooftop bars, such as the VP Plaza de España Design and its 12th-floor Ginkgo Restaurante & Sky Bar with commanding views of the capital.

Do
For the artistically curious, both the Thyssen-Bornemisza and the Reina Sofía Museums offer private tours. Private tours are also now available for Liria Palace, the official residence of the house of Alba in Madrid and the main location of their art collection and historical archive, and the Royal Tapestry Factory. You can also arrange for a private tour of the El Prado Museum, which marked its 200th anniversary two years ago. 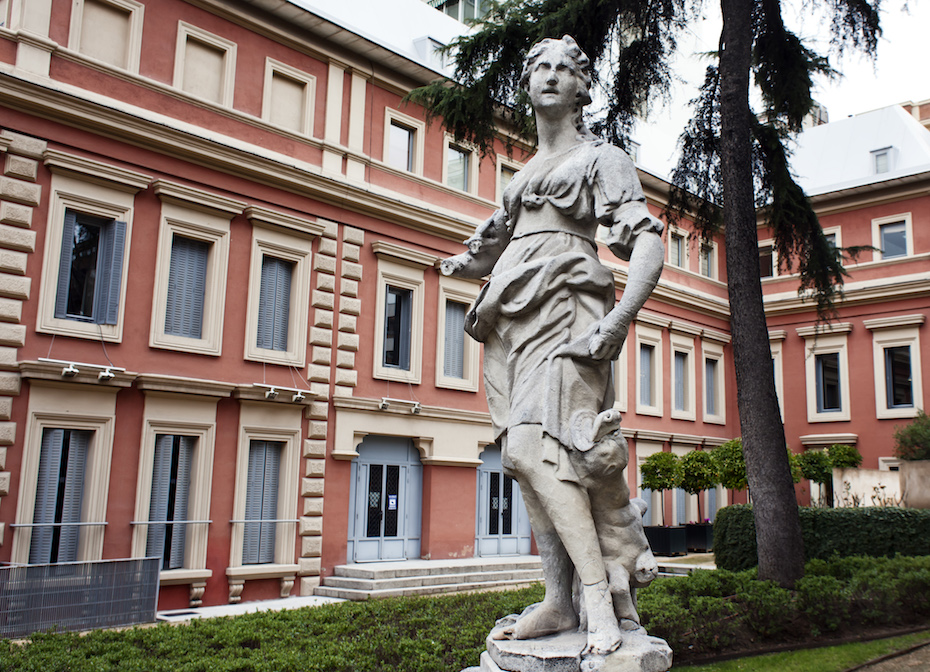 Stroll through the Landscape of Light, located between the Paseo del Prado and El Retiro Park, which was recently named a UNESCO World Heritage Site. Culture, science and nature come together in this 190-hectare space, of which 75 per cent are green spaces. Visit the galleries of Madrid’s Golden Triangle of Art which includes three museums: Prado, Thyssen-Bornemisza and Reina Sofía museums.

Live local
The Santiago Bernabéu Stadium and the Real Madrid CF Museum are the third most popular tourist attraction in Madrid, after the Prado and Reina Sofía Museums. Over 1.5 million tourists visit the stadium (which is currently being completely overhauled) every year, special tours allow for dedicated access to the hospitality area, personalised service, premium catering, and private elevators.

Atlético Madrid has a VIP offer too. If you visit its brand-new stadium, Wanda Metropolitano, you can go to a private box, avail of a buffet and view a game on the screen in the box.

For those who want to switch sports with shopping, there are several luxury shopping routes to explore along Salesas, Salamanca District: Calle Serrano and Calle Ortega y Gasset. 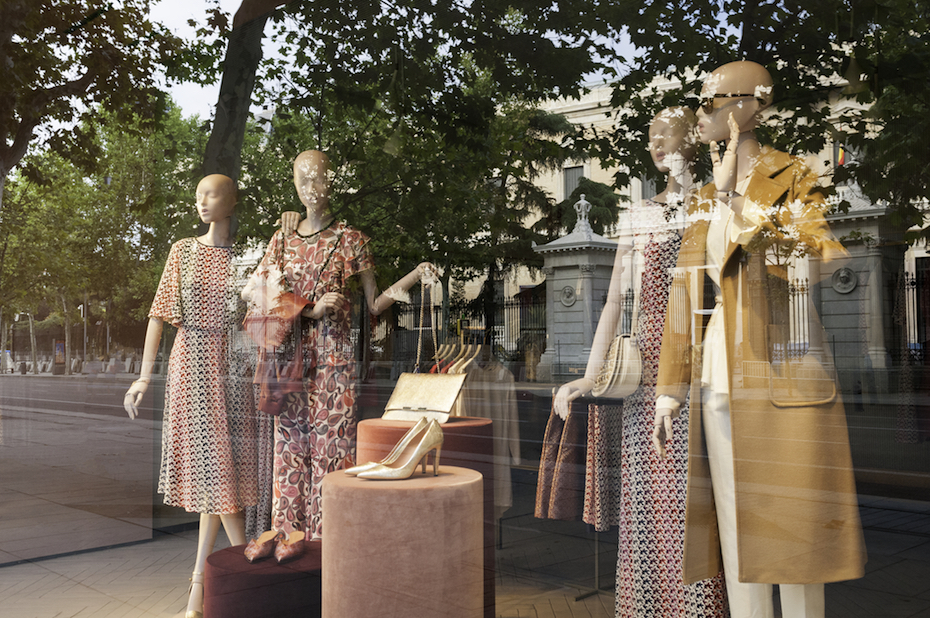 For a Made in Madrid shopping experience, don’t miss the faux taxidermy wall mounts by Javier Medina made from materials such as bamboo, and the necklaces and bracelets crafted by Andrés Gallardo at his studio in the Barrio de Las Letras.

A map of the New and Old Artisans of Madrid features 34 businesses selling everything from hand-crafted capes, gloves, hats, meninas dolls and dinnerware to fans, Manila shawls, tapestries and guitars.

For more information about tourism in Madrid, click here

Emiratis can travel to Japan without a visa from November 1