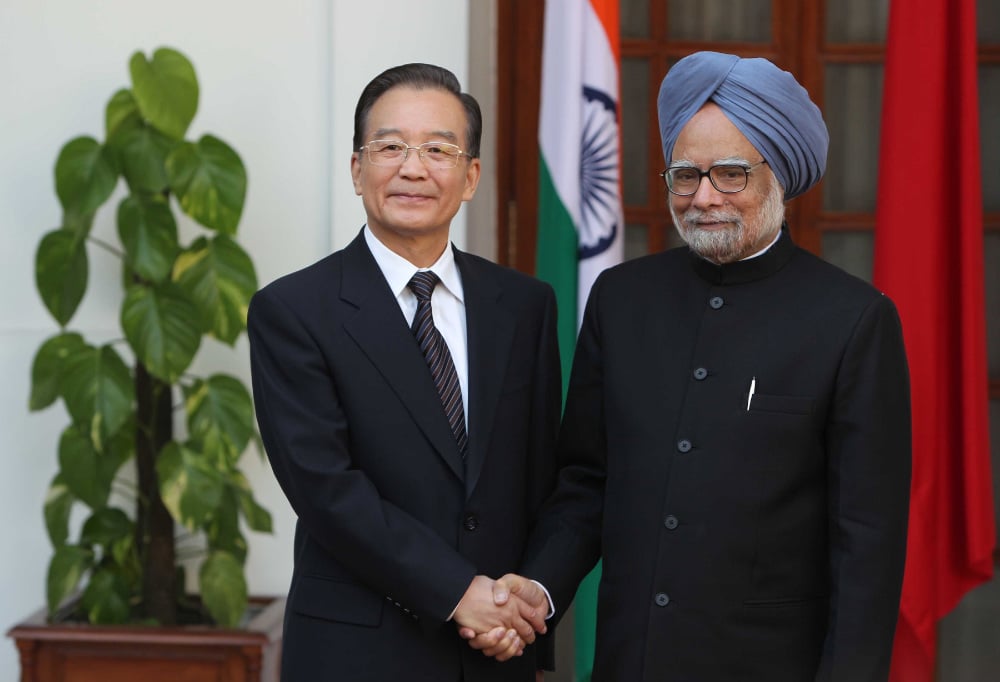 While the major cause of India’s slower growth can be attributed to supply-constraints that have led to inflation, the lull in Chinese growth is primarily due to demand-constraints, mainly in exports.

India’s slowdown doesn’t have too much to do with the international economy, other than its oil bill being pushed up by rising fuel prices. Therefore, its status does not have a material impact on global sentiment. Meanwhile, China’s economy creates daily headlines when economic and financial data are released.

The benefit to India is that when there is a serious economic problem on a global scale it is hit much less than China, as was the case in 2008-09.

Frost & Sullivan adds, “If the world economy is to face a recession, India will most likely fare slightly better as compared to China. This is mainly because Indian exports as a percentage of GDP are smaller as compared to China, while domestic production and consumption is expected to drive the economy.”

One of India’s major obstacles to addressing key economic issues is policy paralysis. In China, the decision making and implementation is relatively faster. However, with ghost-towns (infrastructure that is yet to be fully used), China’s futuristic approach of heavy investment in infrastructure has not yet paid the rich returns as expected.

“We fundamentally prefer India over China over the longer-term, though both have failed to adopt a truly open markets policy. Despite China being more open to foreign capital and having a huge consumer market, the population dynamics of India and its liberal system of government are preferable to a centralised political machine and an ageing population after 2025,” says McFarland of Emirates NBD.

GCC states have been fast to forge alliances with the Indian and Chinese markets by increasing bi-lateral trade and investment.

According to Dr. Nasser Saidi, chief economist, DIFC Authority, China- GCC trade accounted for three per cent of China’s total global trade in 2010, compared to about one per cent in the 1990s. Since 2000, Chinese exports to the GCC have increased almost ten-fold (35 per cent annually) to $36 billion, while imports have increased eight-fold to $56.4 billion. McKinsey forecasts that by 2020 total trade flows between China and the Middle East will mushroom to between $350-500 billion, with China-GCC trade accounting for the majority share.

Similarly, barely two per cent of GCC trade was with India in 2001, but by 2010 that rose to 11 per cent. Chirag Shah, head of strategy and corporate planning, DIFC Authority, adds: “India has a slight edge over China due to its geographical proximity and the large migrant population. In fact between 2006-10, India was both the fastest growing import source and export destination for the GCC, with annual growth of 27 per cent and 55 per cent respectively. The volume of UAE’s non-oil exports to India rose by 33.7 per cent in 2011.”

Intuitively, a slowdown in these Asian superpowers should negatively affect the region, especially given the anaemic growth prospects in Europe and US.

Frost & Sullivan predicts that one of the biggest fallouts will be by way of a decrease in capital inflow. While smaller companies will try to combat slowdown, their cash could eventually burn out, and declining demand and stagnant fixed costs could lead to bankruptcy.

Also, in times of sluggish growth, banks will be reluctant to lend money. This is likely to force companies to sell their stakes to private equity firms or engage in a merger/acquisition deal. This will, on the other hand, increase acquisition opportunities for cash rich corporates.

Others are not quite so bearish. “We might see some slowdown in growth activities between our region and the two Asian countries, but this is not a collapse in growth. Indeed, experts expect the India-Middle East corridor to grow by 34 per cent to emerge as one of the world’s fastest-growing trade corridors by 2013,” says Shah.

Meanwhile McFarland, like a section of economists and industry leaders, insists that India and China are not providing much cause for concern.

“Emerging markets, by way of contrast with G7 nations, have low debt levels and are well placed to continue growing quickly. The IMF database, for example, puts growth in China at 8-8.5 per cent over the next five years and that of India at roughly 7-8 per cent. That’s hardly a disaster.”

“To put it in perspective, compare these rates to two per cent in the US, which dropped from three per cent in Q4 of 2011, and to Europe’s biggest economy, Germany, where GDP growth in 2012 is one per cent, down from 3.1 per cent recorded last year,” adds Shah.

McFarland further confirms this sentiment, “We are very optimistic for the longer-term, as there is clear evidence that Asia Pacific is increasing trade volumes through the Middle East. Regional economies that are the most open to foreign participation will be the winners, and we believe that the UAE is a foremost example of that.”