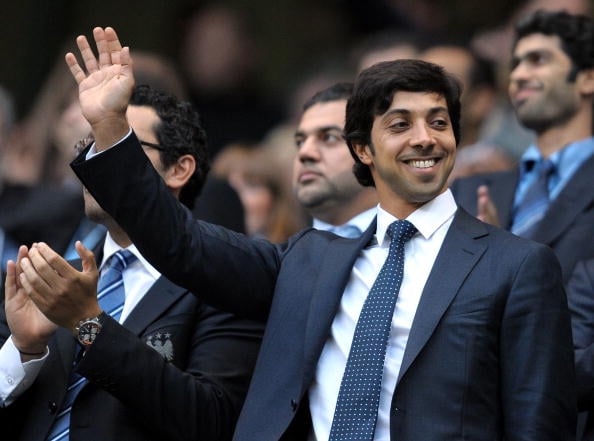 For any avid football fan it is an exciting time when a wealthy, often mysterious, foreign investor buys a controlling stake in your beloved club.

It is also a petrifying time, and it’s easy to understand why.

The wiser football fans will accept that in today’s era a football club is a business first, to owners and stakeholders at least, and something that entertains and holds the hearts of fans, second.

That may not be the idealist view, but it’s the reality.

So it is easy to sympathise with the common fan when an unknown entity buys up a controlling stake in their second home.

Looking at Europe’s football leagues, more clubs each season are being snapped up by wealthy Arabs, or businesses from the Middle East.

But does the sudden input of wealth from the region guarantee success? Recent history would suggest the results are mixed.

In one corner we have Nottingham Forest. The much-loved English club was bought by the Kuwaiti Al-Hasawi family in July last year, with Fawaz Mubarak Al-Hasawi becoming chairman.

At first, things must have looked good for Forest fans. They would have seen what fortunes had befallen other clubs when a foreigner owner with money to burn put himself at the top of the ladder, (Manchester City, Chelsea) and were surely rubbing their hands.

But it wasn’t long before things started to turn sour.

The club, and by the club I mean Al-Hasawi, went through four managers in the first seven months. That works out at an average of one and three quarter months – around seven weeks – given to the first manager, before moving onto the next one and repeating that bizarre, ridiculous re-structure three more times.

The club has not made any big-name signings in the current transfer window – the most lustful-image conjured up in every fan’s mind when a wealthy owner takes the reins.

Al-Hasawi recently told fans to be patient and not to panic. It must be excruciating for them.

The only consolation they can take is that their club isn’t the only one to have gone through struggling times after a celebrated takeover by a wealthy Arab.

Earlier this month GFH Capital announced it sold more than half of its 100 per cent holding in the club less than six months after purchase.

After selling 10 per cent in the first quarter of this year to International Investment Bank, GFH Capital went on to sell more than half of its equity to an unknown buyer.

Treating the move as the business transaction that it evidently was, all GFH Capital would say is that it had made a profit of $776,000. Just what every fan wants to hear.

After spending around $1 billion in investment – including several big name signings – City won the Premier League in 2012, ending 40 years’ of hurt and in the process silencing critics who said money couldn’t win trophies.

More importantly – from a romantic rather than a business perspective – the owners haven’t embarrassed the club’s fans, and it looks unlikely they ever will.

Any wealthy Arabs eyeing up football clubs wouldn’t go wrong to look to Sheikh Mansour as how to go about the business. For it is unquestionably a business, filled with assets, but a happy and content fan base is an asset that is increasingly being neglected.