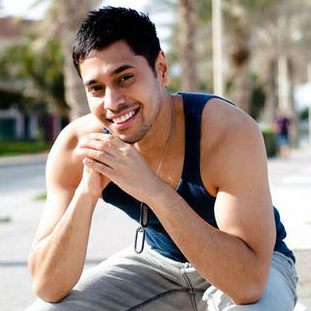 An American citizen was sentenced to a year in prison in the United Arab Emirates on Monday for posting a parody video on YouTube which pokes fun at young Emirati men who imitate U.S. hip-hop culture, his family said.

Shezanne Cassim, 29, has been detained in the United Arab Emirates since April after publishing the 20-minute “mockumentary” film.

In the video, which opens with a disclaimer stating it is fictional and does not intend to offend the people of the UAE, Emirati men described as “deadly gangsters” can be seen practising throwing sandals and wielding an agal, the cord used to keep in place traditional headscarves.

“The family is now trying to confirm whether the one-year imprisonment includes time served or means additional jail time,” they said in a statement.

Last month, an Abu Dhabi court jailed a man for two years for tweeting about a political trial, highlighting the sensitivity of Gulf Arab states to political dissent, criticism of senior officials and to comments they regard as blasphemous, especially on social media.

Two Indians on trial alongside Cassim were given the same sentence, two Emirati defendants were sentenced to eight months in prison each and one Emirati was pardoned, according to activists.

A further three defendants were each given a one-year prison sentence in absentia and fined Dhs10,000.