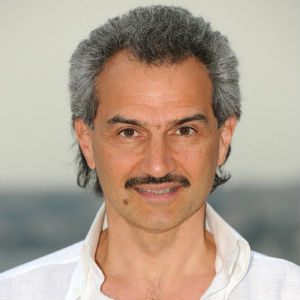 Saudi billionaire Prince Alwaleed bin Talal, who has a stake in Citigroup, said on Monday the U.S. bank has great potential under new management following the departure of Vikram Pandit as chief executive.

Alwaleed, speaking at a conference, said Pandit had done “a pretty good job” at Citigroup over the past several years and investors would need two to three years to see the results of the new management.

Pandit resigned earlier this month and was replaced by Michael Corbat, previously the head of European, Middle Eastern and African operations at Citigroup.

Alwaleed, who conducts much of his investment through his Kingdom Holding, praised Citigroup’s status as a global bank – the world’s only truly global bank, he said – and the fact that it did not pull back from overseas during the global financial crisis as other Western banks have done.

He also said he would stick with his investment in Apple Inc.

“In the next year or two we still want to be living with the legacy of Steve Jobs,” said Alwaleed, referring to Apple’s co-founder and former chief executive who died last year.

Alwaleed a nephew of Saudi Arabia’s king, was estimated by Forbes magazine last year to have a fortune of over $19 billion.

He said he saw a wide range of investment opportunities in Africa, but that the global economy was still fragile with Europe facing a particularly severe threat in the debt problems of Italy and Spain.

“Although we are out of the intensive care unit, we’re not out of the woods yet,” he said of the global economic environment.