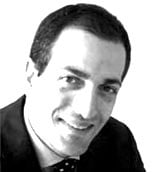 The global financial crisis and the current political events across the Arab region are a testimony of the urgent need for an alternative but complementary source of finance to the traditional capital markets and commercial banks.

In particular, as regional corporates begin to re-invest and develop their businesses to tap into the broader regional long-term economic growth story, lack of funding is emerging as a key challenging issue, mainly for many quality organisations.

Structurally, the regional financial markets have been severely underpenetrated relative to global standards. According to the Global Financial Stability Report released in April 2012 by the International Monetary Fund, the total size of MENA equities, bonds and bank assets amounted to around 113 per cent of GDP, compared to emerging market and world averages of more than 200 per cent and 400 per cent respectively. Such statistics evidence the traditional sources of finance still have a large funding gap to bridge.

During recent years, several means of funding have dried-up. Capital raised on regional exchanges has become scarce and bank loans to the corporate sector have failed to restore to suitable levels.

On the public equity front, regional stock market liquidity has not yet fully recovered to its historic levels as the IPO market still lacks new issuances and the trading volumes on the secondary markets remain volatile. Out of the total primary equity issuances of $50 billion since 2005, around only 11 per cent were raised in the past three years.

Corporate loans, which are critical for the survival of SMEs, have failed to sufficiently pick-up and meet the mounting demand for funding by the broader economy.

Based on data compiled from regional central banks, new bank credit to the local businesses across the Arab world has totalled $740 billion since 2005.
Of these new loans, a mere 25 per cent was extended during the last three years.

Access to bank credit by SMEs and large organisations in the Arab region is relatively limited when compared to emerging markets, reaffirmed by a recent survey of World Bank on accessibility to bank lending by the corporate sector and SMEs.

Within this environment, the structured finance industry, in its private equity (PE) and credit components, can fill an important part of the large funding gap and, thus, capture an increasing share of the regional corporate house’s financing needs.

The PE firms have accumulated large amount of funds for tapping the MENA opportunity. With more than $23 billion raised since 2003, PE fund raising activities of the region surpassed that of other major emerging markets such as China, Brazil and Russia.

However, the bulk of these funds are yet to be deployed, with market estimates placing the dry powder at least at $5 billion.

When compared to global regions, MENA PE investment activity is growing from an exceptionally low base and has some way to catch-up, as the whole industry is still at its nascent stages of development.

Based on figures from the Emerging Markets Private Equity Association (EMPEA), PE investments as a percentage of GDP reached only 0.03 per cent and 0.01 per cent during 2010 and 2011 respectively in the MENA region, compared to world averages of around 0.33 per cent.