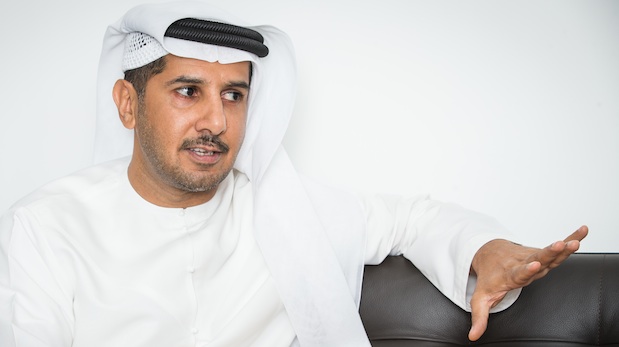 United Arab Emirates communications agency Alsayegh Media has set its sights on expansion across the Gulf Cooperation Council and beyond, said its founder and chief executive.

The expansion will come as AM expands beyond its largely government and semi-public clientele, which includes Abu Dhabi Tourism, Abu Dhabi Police and Dubai Municipality, into the private sector.

Speaking to Gulf Business, Alsayegh said: “We didn’t just want to create an agency, we wanted to create a movement. It was about how many virgin stories, untapped, untouched, we can take out into the world. A lot of agencies exist here, but they are what I would call the Sheikh Zayed corridor agencies. Their experience starts in Media City and ends in the World Trade Centre. Ask them what the difference in spending is between a woman in Fujairah and a woman in Al Ain. So that was the depth we were seeking.”

Headquartered in Dubai’s International Media Production Zone, with bases in Abu Dhabi and India, the agency was founded by Alsayegh in 2010, as the region recovered from the global financial crisis.

Now with more than 200 people on board, 124 in the Dubai office alone, AM has already planted people in Qatar, Kuwait and Saudi Arabia, although no official bases have been founded yet.

Discussing the Middle East economic downturn, Alsayegh added: “I think the challenges are the thing I love the most about this business. I love all the difficulties you go through every day and stretching your ability to see how far you can go. You’re selling something not tangible; you are the lawyer and you need to convince clients that you are the ones they go with. This business does not accommodate laziness or businessmen, especially in the transition from traditional to digital.

“This business, excuse my language, does not accommodate donkeys. This business requires effort; if people are not willing to put in a minimum of 15 hours a day and in a good, super intelligent way, then you are not going to go far in this business. Competition is always there and I personally do not enjoy competing with smaller players. I love competing with the big boys.”