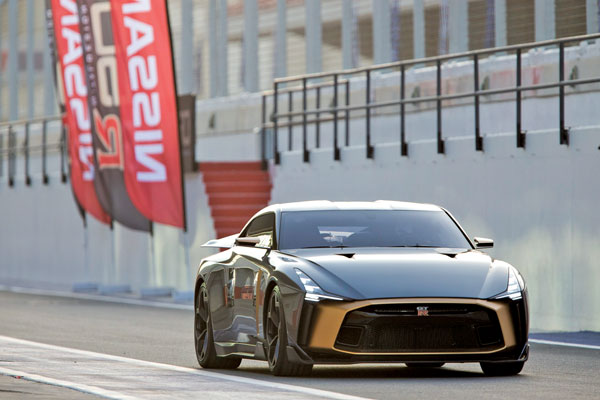 It’s a tough time for the car industry at present but that hasn’t stopped Nissan from introducing a Dhs4m supercar to the region in what it describes as the ultimate expression of its iconic GT-R.

Speaking at the Dubai launch of the uber-exclusive ‘GT-R50 By ItalDesign’, Nissan Middle East’s Managing Director, Juergen Schmitz said that although the industry can expect to remain flat this year, demand for exotics remains buoyant.

“We have had strong inquiries from the region for the GT-R50 and, yes, we have already taken orders,” he said.

“GT-R is arguably Nissan’s most famous nameplate now celebrating 50 years and between 2016 and 2018, Nissan Middle East’s share of this segment doubled, making our market one of the largest in the world.”

Adding that the GT-R holds a strong reputation in the Middle East as an accessible supercar, Schmitz countered by saying that its sales, as well as those of the GT-R50 of which just 50 units will be made available globally, represents a fraction of Nissan’s regional volume. 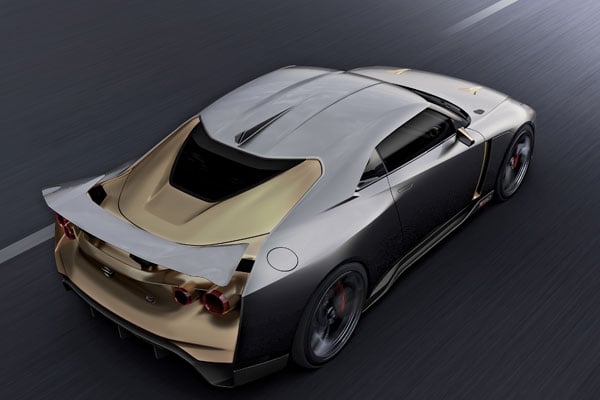 “Customers at this top end are probably more recession-proof, but we’re talking about an extremely limited number of people. However, you don’t find customers at this end of the scale spending without doing their due diligence either.”

Predicting that 2019’s sales will be “flat” in line with last year, Schmitz says this is the new reality for the automotive industry.

“Four years ago the industry was 40 per cent bigger than it was in 2018 and we would love the market to bounce back to where it was, but we know that’s not going to happen in the short term. I think everyone understands this and we’re working with the new reality.

“As far as Nissan goes, we’re relatively happy as we are growing our share, which is the real measurement of performance because absolute volumes don’t mean anything. You need to look into the share performance whatever size the cake is because no one can control the size, just the slice we can take. We need to live with the market we have, we cannot change it and so in this regard we are happy with our performance.”

Given the region’s taste for high-priced exotics, Nissan feels confident it can account for several of the 50 slots available for the GT-R50, though customers won’t go through Nissan but instead its manufacturing partner ItalDesign in Italy where the cars will be made. 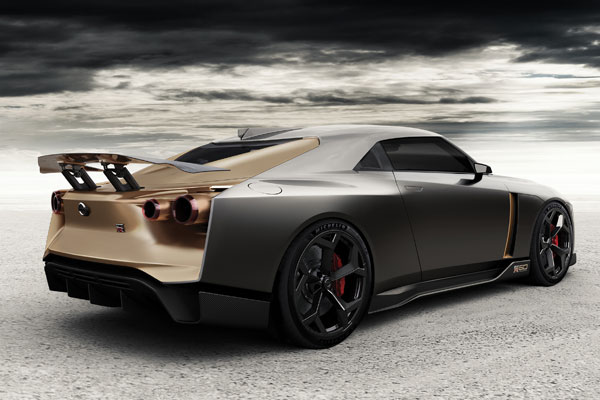 “This is not a normal sales process compared to even the most expensive car we have. With this, people take their time as it’s a long process to choose the exact tailored specification they want and it takes eight weeks to construct each hand-made car.

“Fifty is the maximum that will be built globally, so when a customer places an order, it goes directly through ItalDesign. Later for servicing and after-sales, a local Nissan dealer can do that, but the purchase process and the choices made during the ordering process is done in Italy.”

With a global price of €990,000 (Dhs4.15million) ex-taxes and delivery fees, the GT-R50 is one of the world’s most expensive cars and was built to celebrate the joint 50th anniversaries of both the GT-R badge and Italian styling studio, ItalDesign.

Nissan ships the chassis and drivetrain to Italy where ItalDesign hand makes the carbon fibre alloy composite body and interior before assembly. Nissan’s motorsport division, Nismo has modified the basic 3.8-litre, twin-turbo V6 GT-R engine by adding new pistons, crankshaft and conrods from its race cars to give it a substantial power boost to 710hp and 780Nm of torque.

No performance figures or lap times were given as Nissan execs feel the attraction is its rarity rather than performance. However they noted that while it weighs the same as the regular model, GT-R50 produces an extra 150hp, so should be substantially quicker. 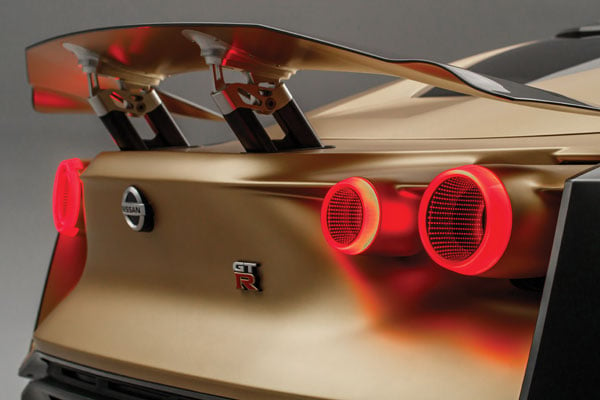 Ensuring that each car is unique, customers have the option to delete their chosen colour during the selection process so that it’s not available to other purchasers.

Additionally, instead of giving each car its own number, it is badging each with one of the 50 years of GT-R’s production, hoping that some nostalgic buyers will use the opportunity to style their car in homage to the racing achievements of that year.

Visually, GT-R50 sits 54mm lower and features a body-in-body look highlighted by contrasting gold paint scheme and stretched LED headlights. The rear lights are a new take on the traditional round GT-R lamps but are hollow for better airflow and appear to float above the valance.

Even before its Dubai reveal, the GT-R50 By ItalDesign has gained global stardom following the showing of a prototype at high profile auto events in the UK, Belgium, the USA and Japan. Deliveries are expected to begin in March 2020.