The Alpha And The Omega - Gulf Business 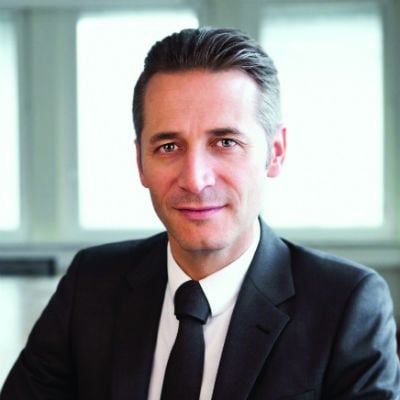 The GCC has proven to be an attractive market for watchmakers particularly as their home markets in Europe still recover from recession.

But with so many competitors in the luxury market how does a brand set itself apart from the crowd?

But 007 is just one of many high profile links for Omega, which has used brand association and sponsorship deals to keep itself in the public psyche for decades.

As far back as World War I the company was supplying Britain’s Royal Flying Corps with cockpit watches and then later the Spitfire wristwatches for pilots in World War II.

The Omega Speedmaster Professional was the first watch on the moon, worn by Buzz Aldrin in July 1969. Neil Armstrong having been forced to leave his watch on-board the Lunar Module when the craft’s electronic timer broke down.

While a longstanding relationship with the Olympics has also seen Omega take the role of official timekeeping device of the games since 1932.

“You have to be coherent and continuous with what you do and I’m not only speaking about the Olympic Games,” says Aeschlimann.

“We’ve been Olympic timekeeper 26 times, it’s already in the mind of the people and in the DNA of the Olympics that we are there, and we are the only brand that you see in the stadium.”

Changing time zones Aeschlimann asserts that Omega’s values and visibility very clearly set it apart from its competitors. “It’s the kind of brand that is back in the mind of the people,” he says and one that “means a lot” without being associated with arrogance.

In the Middle East, being visible in a more traditional sense is also paying off. Aeschlimann says the company experienced solid growth in 2013 based on the strengths of the GCC market.

Part of this growth can be attributed to a strategy of increasing and improving its distribution, with stores not just in Dubai and Abu Dhabi, but also two in Bahrain, three in Kuwait and two in Saudi Arabia.

“We’re in the best shopping malls,” says Aeschlimann. “The Middle East has many fantastic platforms, maybe better than Europe, because they’re newly created to profile brands.”

But Omega can’t just setup a boutique anywhere, not wanting to be in too niche an area with only the top end luxury brands nor one where there are no suitable customers. As a result Aeschlimann sees much of Omega’s expansion depending on the evolution of shopping malls in the region.

“We’re selling luxury products so we need to have the right environment and the right customer base,” he says.

In contrast to the more “stable local business” with solid growth Aeschlimann describes in the GCC, and the company’s increasing sales in the US this year, Omega’s home market of Europe is proving less reliable.

Before the financial crisis there were some exceptional years for the industry, to Omega’s benefit, according to Aeschlimann.

However, when the recession did hit the company fared better than some of its rivals due to its image, he claims.

“The DNA of our brand is about personal achievements, we’re not an arrogant brand, we’re not a brand people buy just to show off,” he says.

Indeed Omega sold more in its own stores in the crisis years than any other time due to customers looking for the real product, according to Aeschlimann.

Omega has also observed changes in its demographic. While Seamaster remains a masculine line, 70 per cent of watches in the Constellation line are sold to women. “We are probably, more in Asia than any other region of the world, a very feminine brand,” says Aeschlimann.

Omega first began its association with Bond in 1995 with Pierce Brosnan’s debut film Goldeneye and has continued to do so with every 007 film since then.

Among the most notable moments of brand association came during a segment in Daniel Craig’s first outing Casino Royale in 2006.

During the scene, Bond and soon to become love interest Vesper, played by Eva Green, are seated on a train having met for the first time and are trying to decipher each other’s personalities. When asking about Bond’s watch Vesper questions “Rolex?” to which he replies “Omega”.

“It’s a movie that everybody wants to watch and its very well linked,” says Aeschlimann, referring to other brands associated with Bond like Aston Martin.

“Everybody when they are spending money relates it to something,” he asserts. “I’m not saying they all relate it to James Bond but I’m saying James Bond has a very positive position in the mind.”

Bond has provided an “incredible jolt” to Omega’s business, he says, not just through its limited edition Bond watches but also across the entire Seamaster line the watch is based on.

Seamaster has also been the focus for many of Omega’s sport sponsorship activities, which have included making golf stars Rory Mcilroy and Sergio Garcia Omega brand ambassadors. In the GCC Omega has also positioned itself on the golf circuit by sponsoring the Dubai Desert Classic tournament for the past five years.

“Some of our competitors have never been in sport before,” says Aeschlimann, although admitting Rolex is now competing with a similar strategy.

“We just want to make it the profile in one or two specialties and of course the Olympic Games.”

In 1995’s Goldeneye a modified Omega Seamaster Quartz Professional is used as a major plot device several times, acting as a remote detonator and a laser.

While such exotic functionality may be little more than fiction, Omega is pushing watch innovation in several areas that would not necessarily be out of place in the MI6 lab.

One of these pays homage to Omega’s part in the Apollo space missions, dubbed “Dark Side of the Moon” the timepiece is crafted from a single block of zirconium oxide ceramic, complemented by a matching ceramic case which brings the total weight of the watch to 91 grams.

This year the company also announced what it claimed to be the first truly anti- magnetic watch, the Seamaster Aqua Terra, able to withstand 15,000 gaus of magnetism and continue to perform.

But while ceramics and anti-magnetism are one thing, a complete reworking of the watch display is quite another and Aeschlimann says for now the company is not looking into producing devices like the smartphone extension ‘smart watches’ that have emerged in the last year.

He is also bullish about the future of the traditional watch industry despite the emergence of new technologies.

“A watch is not only a timepiece it is something that is very important, every kid has a phone today but there are still lots of kids buying watches.”

“We all heard that the new generation will never buy a watch, but if you look at some of the watch brands you would buy when you were 12 or 15, people are still buying them.”

Tomorrow clearly isn’t going to die for watchmakers in the GCC, with the luxury market remaining strong, but will it be a case of dying another day? Omega is convinced the industry still some has some time on the clock yet.