“All Megatrends In Favour Of Africa” – Experts - Gulf Business 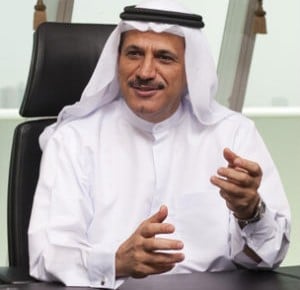 Under a theme focussing on the future of international economic landscape, FDI growth and emerging countries, a morning session led by Sultan Al Mansouri, UAE’s minister of economy, focussed heavily on Africa and the potential for investment opportunties across the vast continent, in particular its resources.

“Every country representing here this week is seeking to attract investment; investment in land is one that deserves a lot more attention. All megatrends are in favour of Africa,” the panel said.

“The big firms from developed countries aren’t really particpating [in investing in Africa],” said Carlos Lopes, executive secretary, Economic Commission for Africa. “They learnt you can get the same fruits from the lands without getting involved in ownership.”

Al Mansouri said the MENA region is not alone in needing to understand how to get the most from their investments in other countries. The region also needs to learn how to lure FDIs, he added.

“Governments in different regions need to understand how to get investment into their countries. The UAE and GCC is facing a crisis [in this respect].”

The three-day event at Dubai’s International Convention and Exhibition Centre is expected to attract record participation with 84 countries present, including 42 ministers and 5,000 investors.