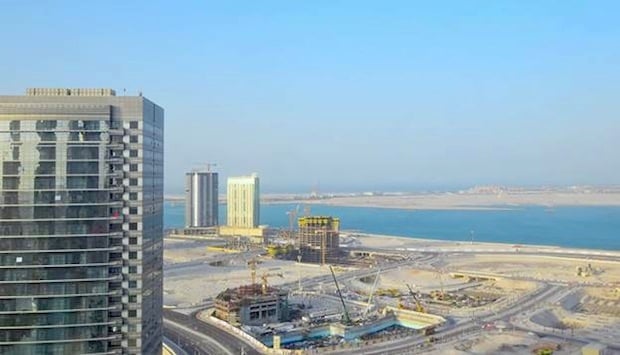 Amenities include a landscaped sun terrace, swimming pool and gymnasium. Each apartment also has a balcony and private underground parking.

The buildings are intersected by a public garden and are located close to Shams Park, Shams Beach, Shams Marina and the pedestrianised canal network.

The project was launched in June 2015 and so far, over 90 per cent of the units have been sold, Aldar said in a statement. Prices range from roughly Dhs900,000 to Dhs1.6m.

In August, the developer awarded the main contract package worth Dhs258m ($70.2m) to Fibrex.

Activity on the site is progressing according to schedule, the statement said.

Current construction activity is focusing on steel reinforcements and foundation work, as well as columns and walls for the basement levels.

The project is expected to be handed over in the second quarter of 2018.

Aldar also a released a time-lapse video showcasing work on the site.

Talal Al Dhiyebi, chief development officer, Aldar Properties, said: “The launch of Shams Meera is an important milestone, as it will be Aldar’s first mid-market development. We are making good progress on this development, which will add value to Shams Abu Dhabi at Al Reem Island.”

“Mid-market and affordable homes represent a significant opportunity for the emirate.”