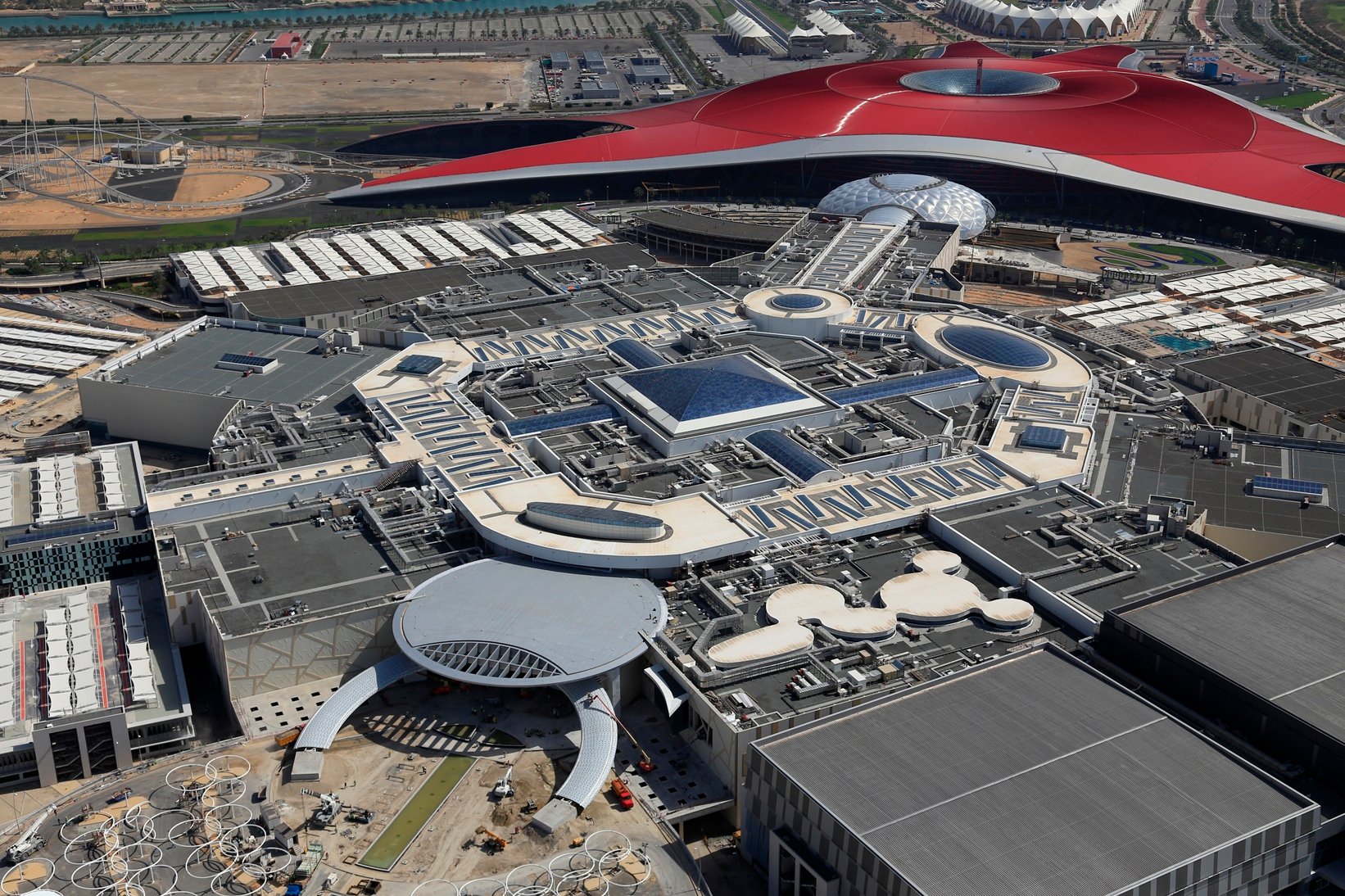 Abu Dhabi-based Aldar Properties announced “significant progress” in the pre-opening phase of its upcoming Yas Mall, slated to launch in November this year.

The fit-outs of the stores in the mall are continuing at a “steady pace” including an aerial fit-out of Geant hypermarket, set to become the largest of its kind in Abu Dhabi when the mall opens, Aldar said in a statement.

Geant’s aerial fit-out began with the installation of an air-conditioning system by a helicopter. Five units, each weighing one to 1.5 tonnes, and on average seven metres long were lowered on to the store, with the process taking over 50 minutes, the statement said.

The operation was carried out by a team involving Aldar, Geant, the tenant coordination company Vindico and Sixco, the main contractor of the project.

Yas Mall, now 95 per cent committed, is set to become the emirate’s first ‘super-regional’ mall and is the final retail component of Yas Island, the site of the Yas Marina circuit.

Yas Mall has also partnered with the Chalhoub Group and Retail Arabia to launch a new concept House of Fraser Department Store, Abu Dhabi’s first Hamleys store and the first Joe Fresh store in the UAE.

The new mall will “significantly improve Abu Dhabi’s retail offering and will reduce the amount of retail spending that is currently lost to Dubai,” property consultancy JLL stated in a recent report.