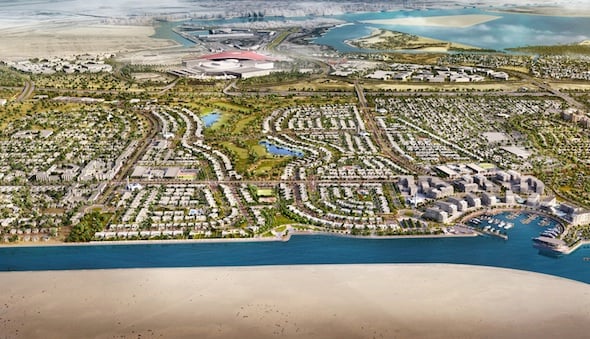 The early works package tender is expected to be awarded by the end of the year, it said in a statement.

Meanwhile the main contractor is anticipated to be appointed by mid 2017.

Launched in April this year, the Dhs6bn golf and waterfront project is located on the northern part of Yas Island and will add 1,315 villas to the emirate.

In June, Aldar said it sold out the first phase of the project, generating revenues of more than Dhs1bn.

Read more: Aldar says phase one of Yas Acres sold out for Dhs1bn

The overall project is due to be completed by the fourth quarter of 2019.

Meanwhile Aldar also confirmed on Wednesday that its other projects on Yas Island were progressing on schedule.

Construction of Ansam, an Andalusian style apartment development is ongoing with internal block work now complete across all buildings.

Amenities within the community such as the mosque, retail centre and recreation club are due for completion by the end of 2016.

West Yas Academy, operated by Aldar Academies, has been operational since August.

The developer also confirmed that all the enabling works at its mid-market project – Shams Meera on Reem Island – have been completed and handed over.