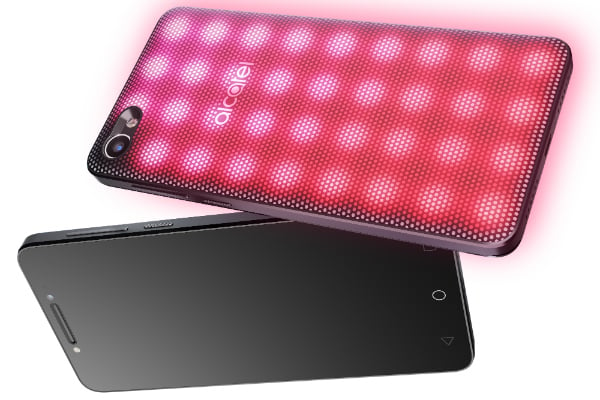 Smartphone brand Alcatel is hoping to capitalise on improving sales in the Gulf region with the launch of a new device targeting younger consumers.

The A5 LED is being marketed for its unique LED cover, which lights up in different ways for messages, calls and social media alerts. It can also be used for customised back covers and as a light show for music.

Other features include a context sensitive fingerprint sensor on the front that can be set to open different apps depending on the finger used.

Ruediger Odenbach, vice president at Alcatel Middle East and Africa, said the brand, which is licensed from Nokia by Hong Kong-based TCL, saw declining sales in some GCC markets last year but there had been positive momentum in the last two quarters.

“There is still overall demand for smartphones even though it’s a commodity already, but if you make like we’re doing – premium affordable – you don’t feel the hit that much unlike if you are a high priced brand.”

GCC mobile shipments totalled 6.1 million in the first quarter, up 2.4 per cent on Q4 2016 but down 20.2 per cent year-on-year, according to research firm IDC.

Alcatel was among the vendors highlighted as seeing strong year-on-year growth in volumes in the below $200 bracket during the quarter.

However, Nabila Popal, senior research manager at IDC, predicted it would be challenging year ahead for all brands.

Odenbach indicated that users were being more cautious with their disposable income but the firm saw potential in the so-called ‘immediate’ category of post-millenials sometimes described as Generation Z.

He said the new device’s features were designed to appeal to this demographic and despite the more colourful cover the firm did not compromise on other technical specifications such as battery size or camera quality.

The A5 will become available in the UAE from next month priced at Dhs899.