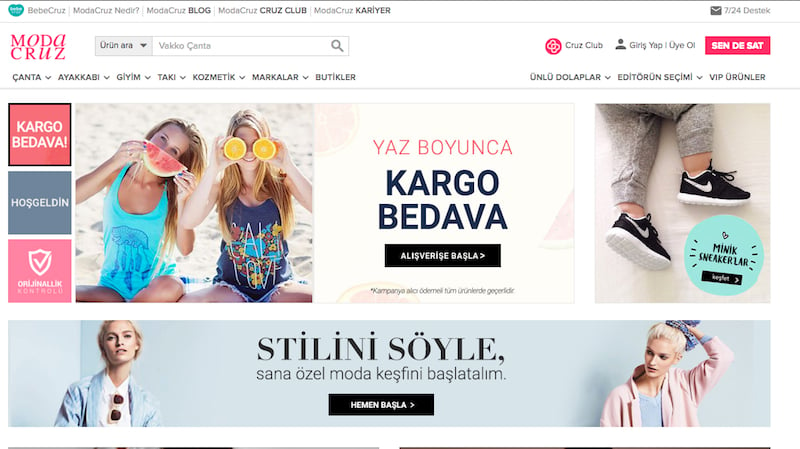 Modacruz, a mobile marketplace which deals with second-hand womens’ fashion items in Turkey, raised $2m in a series B investment round led by MEVP, it announced on Monday.

Hummingbird and Nevzat Aydin also subscribed to the fundraising.

The investment round marks the third fundraiser by Modacruz, which was seeded by Aslanoba Capital in July 2014.

The proceeds of the latest round will be used to acquire more users and for further expansion of Modacruz in Turkey, the statement said.

The investment will also be used to grow its product base from the current listing of about three million items.

Founded by Turkish entrepreneur Melis Guctas, Modacruz has a customer base of one million women, with an average order value of $30.

“When we launched Modacruz, second hand fashion concept was not only a nonexistent culture, but also a taboo amongst Turkish women,” said Guctas, who serves as its CEO.

MEVP is one of the largest venture capital firms in the MENA region and currently manages four regional information and communication technology (ICT) focussed VC funds with $120m in assets under management and $60m in co-investments.

Last month, it was confirmed that Alabbar acquired a “large” stake in the company, but no details were disclosed about the size of the stake or the investment.

MEVP’s latest investment comes in line with Alabbar’s focus on fashion e-commerce in the region.