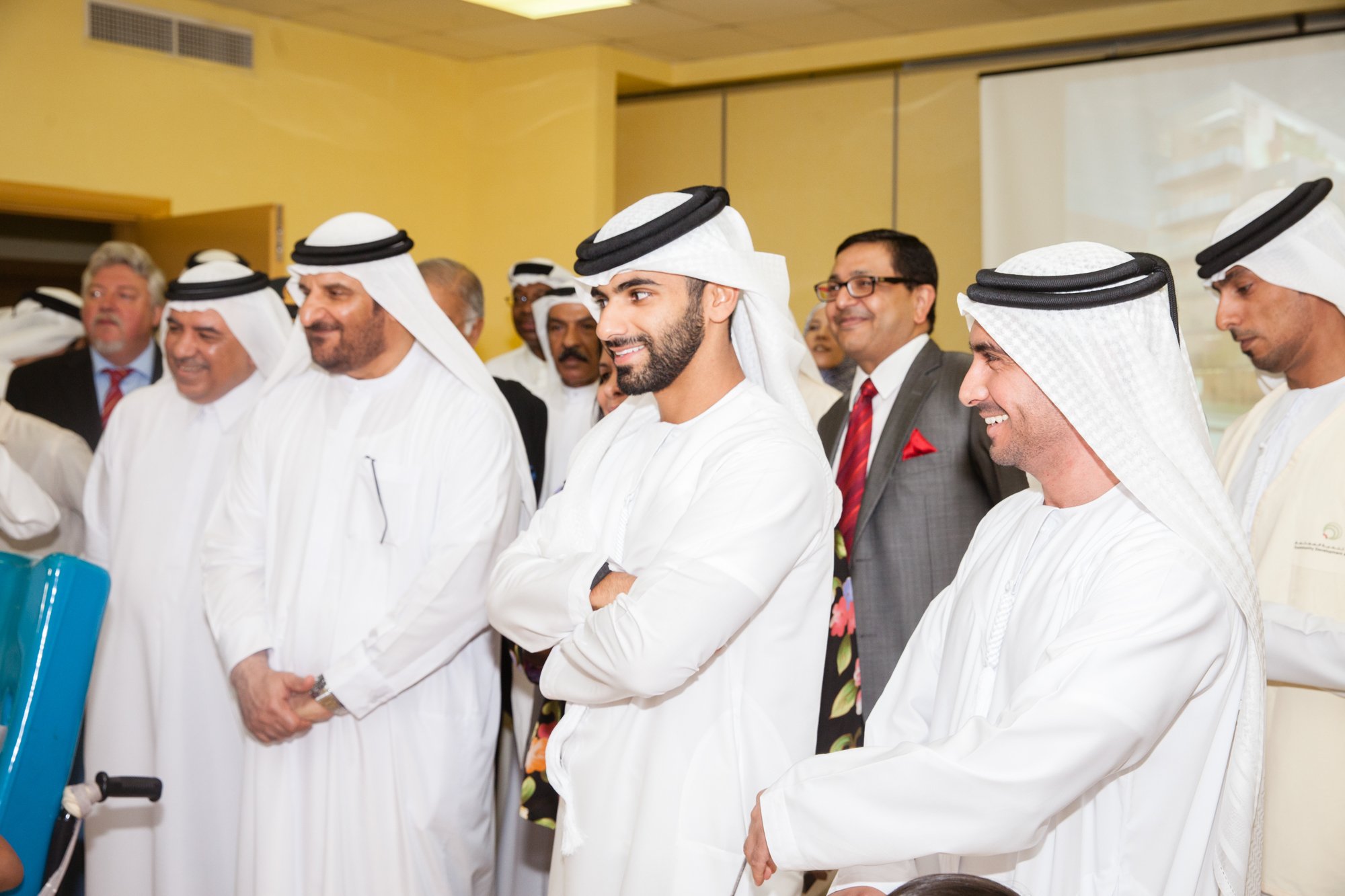 The Al Noor Training Centre for Children with Special Needs today honoured long-term partners and shareholders in an awards ceremony attended by H.H. Sheikh Mansoor Bin Mohammad Bin Rashid Al Maktoum, chairman of the Supreme Committee for the Protection of the Rights of Persons with Disabilities, who was recently appointed Royal Patron of the centre.

Al Noor said those recognised in the awards had looked beyond business and profitability by focusing on corporate responsibility and social citizenship in line with the the centre’s goals. Among those recognised – before an audience of more than 100 government figures and business leaders – were 20 government departments including the Social Affairs and Special Education Ministries and the Economic Development and Finance Departments.

Motivate Publishing managing partner, Ian Fairservice, was among the heads of private organisations also honoured. In addition to many other titles, Motivate publishes Gulf Business. The ceremony was coupled with the launch of the Sheikh Mansoor Bin Mohammad ‘smart class’ – a new interactive and collaborative student-centric learning resource. The initiative included a touchscreen e-board, education software and wireless access points.

Al Noor said Sheikh Mansoor’s support and patronage moved it a step closer to the goal of becoming a regional innovation centre in special needs training. “Catering to the needs of the special needs community is the most important priority for the Dubai Government and by 2020, Dubai will be a friendly city for people with disabilities – helping them obtain equal opportunities in learning and working fields,” said H.E. Abdullah Al Shaibani, general secretary of the Dubai Executive Council and vice president of the Supreme Committee of Protecting the Rights of People with Disabilities.

Al Noor was launched in 1981 with just eight children. It can now accommodate up to 300 children and young people. Since April 2007, the centre has operated from an all-purpose facility financed entirely by the support of H.H. Sheikh Mohammed Bin Rashid Al Maktoum, vice president and prime minister of the UAE and ruler of Dubai.