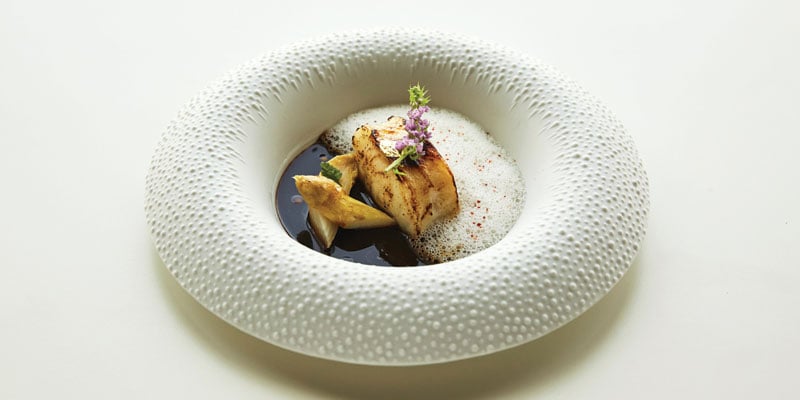 The concept of a seven-star hotel is a fantastical one. The generally regarded convention is for a maximum of five stars. However, when the Burj Al Arab opened in 1999, one of the journalists who visited to review it was so awed by the experience that she coined the phrase “seven-star”, one that quickly stuck.

Naturally, the culinary offerings of the hotel are an integral and major part of its operations and are essential towards building up perceptions of the hotel. Last year, Michael Ellis, the former Michelin Guide global director, was appointed to the newly created role of a chief culinary officer at Jumeirah.

Shortly after his appointment, Ellis hired new chefs to head up the different restaurants within the Burj Al Arab, including Francky Semblat who took over as executive chef at Al Muntaha.

The majority of Semblat’s experience has been under the tutelage of Joel Robuchon at the latter’s restaurants in Macau and Shanghai. Semblat tells us during our visit to Al Muntaha that this is the first time he has worked in the Middle East. 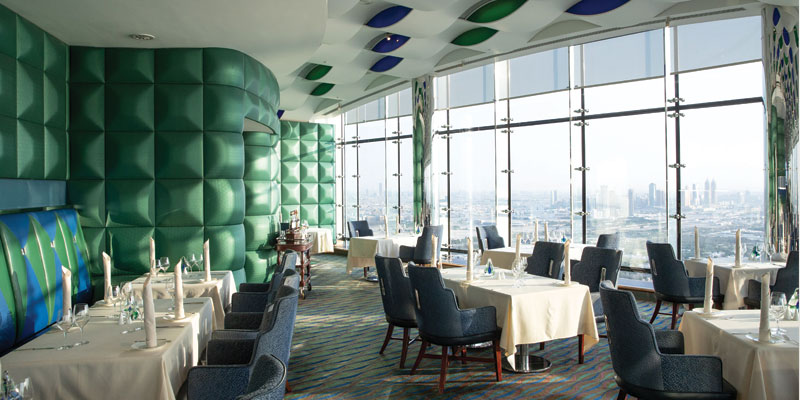 Bringing a fresh pair of eyes to the culinary scene here in Dubai, one that hasn’t been swayed or influenced by existing restaurants in the emirates, is Semblat and Al Muntaha’s biggest strength – quickly evident as we begin our seven-course degustation menu in the elegant restaurant, with muted tones and breathtaking panoramic views from the restaurant located 200 metres above the ground.

The first course began with a burrata that was incredibly light – for a mental picture, imagine the consistency of a whipped egg white – and served with a tomato essence and basil. This was followed by a decadent salmon tartare topped with imperial caviar and gold leaf. Drops of turmeric vinegar and a tiny line of Espelette pepper from France is laid out on the side of the plate – Semblat is meticulous in his attention to the smaller details.

The next dish is a crispy papillote langoustine served with a flavourful pesto sauce. The farm-to-table fresh green pea soup that was served next had a mint velouté and sweet onion emulsion. Meanwhile, the next dish of white cod, Semblat tells us, has been sourced from deep waters in the Patagonia region of South America. 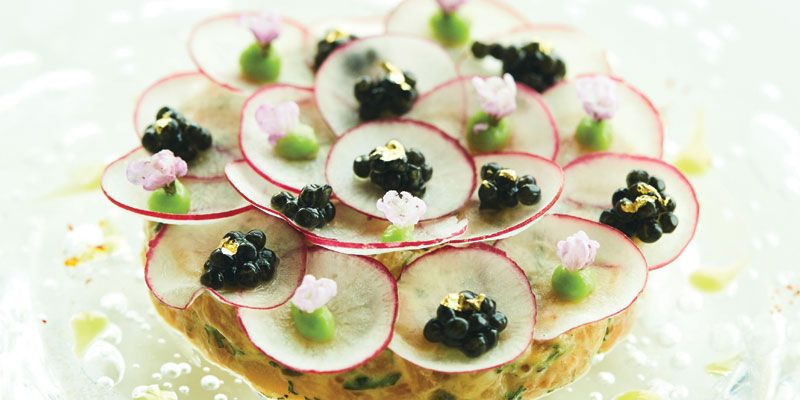 All the meats, fish and poultry at the restaurant, he adds, are responsibly sourced – for example, a portion of the proceeds from the purchase of the fish is given to fish farms that can breed and then release cod into the wild in order to ensure that their numbers don’t dwindle. Here on our plate, the cod is served with coconut foam and pepper sauce – arranged, inadvertently like yin and yang on the circular plate – along with Romanesco and Broccolini.

The well-trained and knowledgeable staff don’t rush you through your meal and allow you to pace yourself before you move to the mains you can choose between either caramelised quail or wagyu tenderloin – both excellent choices. The wagyu beef is served along with a deconstructed béarnaise sauce with streaks of hollandaise and shallot cream on the side of the plate alongside artichoke and asparagus, while the quail is caramelised in soy sauce and stuffed with foie gras.

For the next course you can select between the cheese platter or a glazed banana served with ginger granita and yoghurt foam, though you must reserve space for the final dessert of guanaja chocolate served with praline pecan nuts, salted caramel and vanilla ice cream.

If and when the Michelin Guide makes it to Dubai, it’s easy to make a case for four stars for Al Muntaha. Yes, the current guide allows for a maximum of only three stars – then again, Al Muntaha, like the Burj Al Arab, holds itself to an entirely unique yardstick.