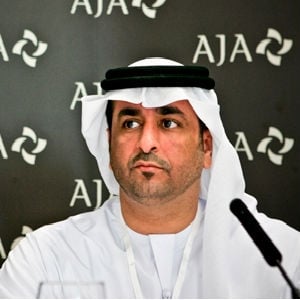 Al Jaber Group, a family-held conglomerate in the midst of a $1-billion plus restructuring, will hire a new chief executive to replace the founder’s son in a management reshuffle that also saw a new finance chief appointed late last year, three sources told Reuters on Wednesday.

A recruitment firm has been retained to bring in a new CEO, replacing Mohammed al-Jaber, the son of the group’s founder and chairman Obaid al-Jaber, two of the sources said, speaking on condition of anonymity.

In addition, Richard Hollands was hired in November as chief financial officer from an Emirates airline unit.

“It was presented at one of the earlier creditor meetings that they would be looking to make management changes, including a new CEO,” said one source familiar with developments. “A firm has been hired to do this.”

A standstill agreement on its debt pile is expected to be signed as soon as early March, the sources said on Wednesday.

Al Jaber is one of the most prominent family-owned private sector firms in Abu Dhabi, where the acknowledgment of financial difficulties has been minimal, in contrast to neighbouring Dubai, under the spotlight for its debt woes since late 2009.