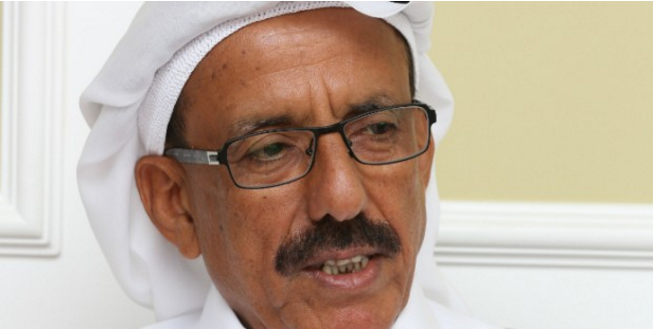 Speaking at an event last week, the chairman of the Al Habtoor Group denounced Trump for his controversial comments calling to ban all Muslims from entering America.

“He promises to ‘make America great again’, when in fact he is gravely damaging his nation’s economy with his vulgar and highly offensive talk. His policies are based on hot air and he is attacking our great faith. I would like to strongly urge anyone doing business with Donald Trump or any of his affiliated companies to stop,” Al Habtoor said.

Following Trump’s comments, UAE retailer Lifestyle – part of the Landmark Group – pulled Trump Home branded products from its 160-plus stores. However, Dubai-based Damac Properties has continued its partnership with the Trump Organisation.

Al Habtoor, who had also earlier written an opinion piece supporting Trump as a presidential candidate, retracted his statement earlier this month. He accused the American of being “Islam’s biggest enemy.”

“The world’s 1.7 billion Muslims are under attack by an individual aiming to be the so-called leader of the free world.

“Through politics and the media, Trump has successfully exploited people’s fear of ‘the other’ with racism and bigotry being his tools of trade,” he stated.

Habtoor particularly blamed western media for widening the gap between the East and the West and said Trump had dominated the headlines for ‘far too long’.

The UAE businessman also urged Muslim and Arab leaders to speak out against Trump.

“Non-Muslims around the world are disgusted and they are speaking out. But where is the defence from the Muslim World? What is happening to us? We Muslims are the target. Our faith is under attack, and we are behaving like lambs to the slaughter.”

He also expressed concerns that despite Trump’s controversial comments, his popularity had remained strong in the US polls.

“When I heard what Donald Trump said, I believed he would be out of the presidential race… Even after what he said he is still ahead in the US polls, steaming away with 35 per cent of the Republican vote.It seems the more vulgar and offensive he is, the more the American voters love him. This shows that fear of Islam is dangerously on the rise.”

However, he added: “I believe the American people are smarter than electing Donald Trump as their next leader. And I hope I am not proven wrong.”

Al Habtoor also highlighted that acts of terrorism across the world were causing Islamophobia to increase in Western countries.

“We have seen an increase in terrorism by extremists who are falsely using Islam as a cover. They are not Muslims. Sadly, no place on earth is safe from their actions and this has caused the biggest cross-cultural divide in living memory.”