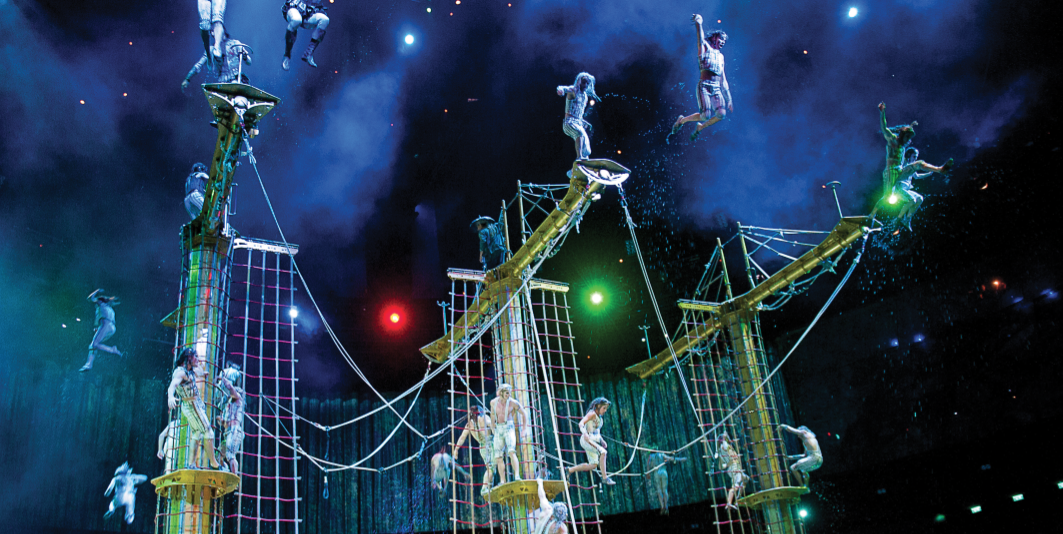 The purpose-built circular venue, designed by Paris-based Jean Rabasse, will contain 1,314 seats and be tall enough for performers to dive more than 30 metres into a 5.5-metre-deep pool.

Mohammed Al Habtoor, Vice Chairman and CEO, Al Habtoor Group, said: “This show is going to be a destination – people will come for the theatre and then Dubai. It will bring added value to the city and increase tourism.”

He added that the theatre’s investment would form part of the overall AED1.3 billion project which will feature three new Starwood hotels (W, Westin and St Regis) that aim to open summer 2015 – but won’t include a new Metropolitan hotel, despite the former property being something of a Dubai hospitality institution, having opened in 1979. “We will look to include some of the popular features of the hotel in the new Starwood outlets,” he said.

Entertainment Group founder Franco Dragone – who masterminded 10 Cirque du Soleil productions before starting his own company in 2000 – said the show would endeavour to capture the “soul” of Dubai and position at the “cross-roads of culture”. In March, Dragone helped oversee the visual poem ‘Story of a Fort Legacy of a Nation’ in Abu Dhabi.

The Dubai theatre will be the fourth of its type globally, complementing Las Vegas, Macau and Wuhan.