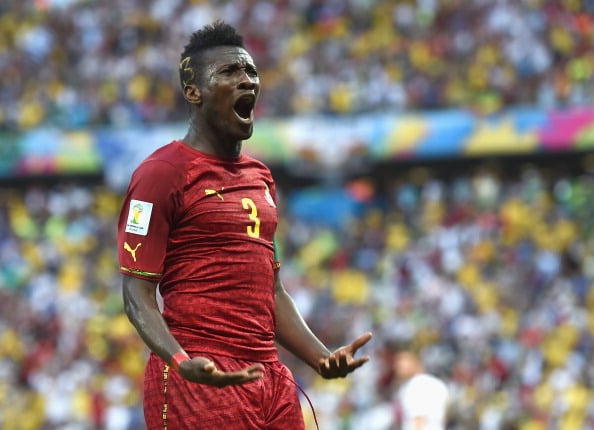 Asamoah Gyan, a player for UAE Arabian Gulf League club Al Ahli, is part of a group of more than 40 players reportedly deemed to have “unethical hair” by the UAE Football Association.

The 31-year-old, who is on loan to Al Ahli from Shanghai SIPG, is in breach of Islamic teaching governing ‘Qaza’ hairstyles where only part of the head is shaved, according to the BBC.

The rule is enforced by some match referees in Gulf countries due to concerns they may influence children.

In April a video was widely circulated on social media showing Waleed Abdullah, a goalkeeper at Saudi side Al Shabab being given a last-minute haircut before a match to comply with Saudi Football Federation guidelines.

Ghanaian Gyan, who was formerly a striker at English club Sunderland, is one of 46 players in the UAE league to be issued a warning letter, which is the first stage of punishment, the BBC reported.

Players who do not comply following the warning are then fined and could even face a suspension.

Middle Eastern football website Ahdaaf reported that Al Wahda’s Suhail Al-Mansoori was also told to cut his hair while UAE international and 2016 Asian footballer of the year Omar Abdulrahman, who sports a similar style was let off.

Separately, the board and chairman of Al Ahli were dismissed last month and an interim committee is currently managing and regulating the club’s affairs.