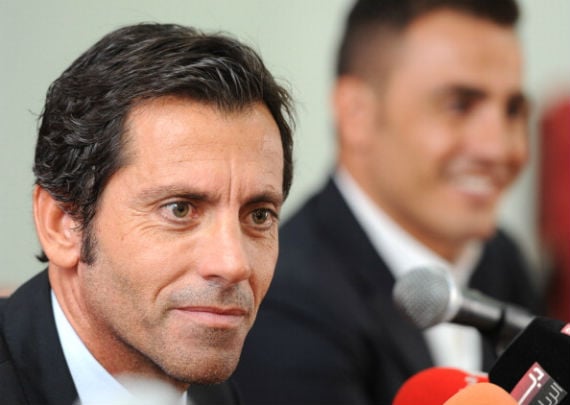 Quique Sanchez Flores has quit his role as coach of UAE’s Al Ahli football club despite guiding the club to a second place finish in the league last season.

The ex-Athletico Madrid coach’s resignation has shocked many as he was expected to sign a new two year deal, but the Spaniard has announced he is returning to his home country.

The former player led Al Ahli to lift the Etisalat Cup and President’s Cup in his two-year reign, and saw his side finish second in the United Arab Emirates’s Pro League this season behind Al Ain.

The news comes one week after ex-England coach Sven-Goran Eriksson quit his position as Al Nasr’s technical adviser to accept a new job in China, just four months after coming to the UAE.

Speaking at a news conference on Tuesday, Flores said: “I’m really sad … but for me two years is my limit so I feel this is the moment to say goodbye.”

Al Ahli chairman, Abdullah al Naboodah, said: “With Quique’s calibre he will always have job offers from Europe … we tried our best to retain him.

“We will take a few days to put together a shortlist but it won’t be easy to replace him.”

Flores arrived at Al Ahli in 2011 after winning the Europa League with Athletico Madrid.

Former Barcelona winger Ricardo Quaresma is also expected to leave Ah Ahli after joining on a free transfer at the start of the year.