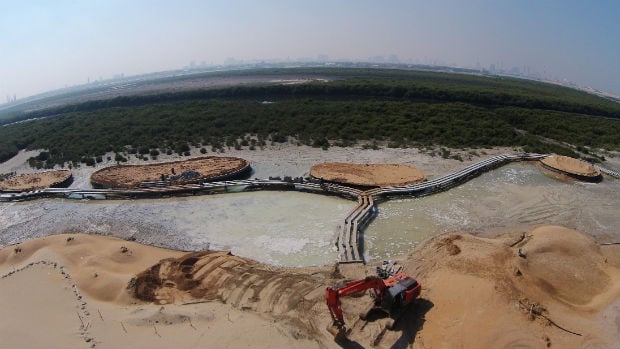 Ajman-based Al Zohra Development has said that it has awarded the final contract, worth Dhs115 million, to complete its infrastructure work in the first phase of its development.

The latest contract was awarded to AIMS Group to develop all road and utility works in the project.

The road works on the project are scheduled to be completed by the fourth quarter of this year, the company said.

With the latest contract, the company said that it invested around Dhs500 million on developing the infrastructure in the phase 1 of the mega project in the northern emirate.

Other infrastructure works in phase 1 include the design, earthworks, work on four marinas that can accommodate more than 200 boats, an 18-hole championship golf course, a highway linking Sheikh Mohammmed bin Zayed road to Al Zohra and water edge protection across 3.5 kilometres of the waterfront.

The project is developed by Al Zohra Group, a joint venture between Lebanon-based Solidère Group and the government of Ajman.

With a total value of Dhs2.2 billion, it is set to open to residents later this year.

“The foundations of the success of any property development project spread over such a large area like Al Zorah, is dependent on the connectivity of its individual components,” said Imad Dana, CEO of Al Zorah Development Company.

“Al Zorah is all about creating that special value for our investors.”

The project, which was initially launched in 2008, was stalled after the financial crisis ravaged the real estate sector in Dubai- an effect that spilled over to neighbouring emirates such as Abu Dhabi, Sharjah and even Ajman.

However, with Dubai’s property sector rebounding strongly after the crash, emirates such as Ajman are also looking to cash in on this growth.

In line with that, Al Zohra Development was launched at the Cityscape Dubai exhibition last year.

Al Zohra CEO Dana also told Gulf Business in an earlier interview that the company is looking to start phase two of the project, which will include more villas and serviced residences, in 2016.