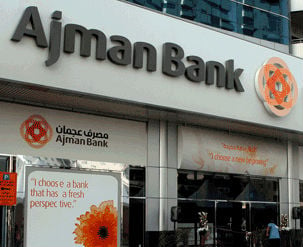 Mohammad Zaqout, previously executive vice president of personal banking at unlisted Al Hilal Bank, will be the new chief executive of Ajman Bank, an official at Al Hilal Bank said, confirming what one of the sources had said.

Press officials at Ajman Bank were not immediately available for comment.

Ajman Bank shares fell 2.6 per cent on the Dubai bourse by 0840 GMT. Its shares have risen 88 per cent in the last one year on speculation that institutional investors were eyeing a stake in the bank.

Amiri’s last day at the bank was April 4 and day-to-day management of the lender is now being handled by chief financial officer and chief risk officer, a second source said.

Another source at the bank confirmed that Amiri had resigned. The sources were speaking on condition of anonymity as the information is not yet public.

No reasons were given for Amiri’s resignation.

Ajman Bank, listed on the Dubai Financial Market since 2008, is 25 per cent owned by the government of Ajman, one of the seven emirates that make up the United Arab Emirates.

Amiri, who was named acting CEO in 2012, had joined the bank in October 2010, having worked with HSBC Holdings, Dubai Islamic Bank and Dubai Bank previously.