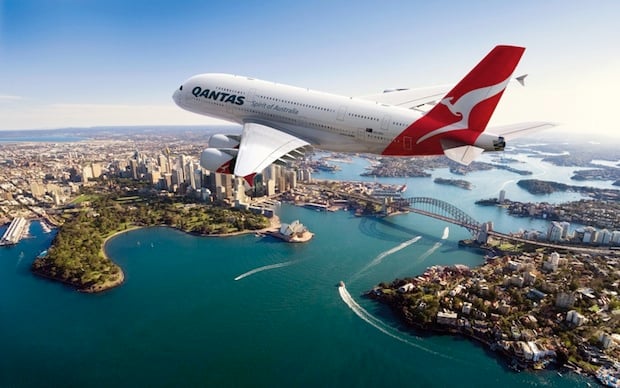 Airlines are turning to the world’s hardest-hitting disinfectants to rid planes of the coronavirus.

Qantas Airways Ltd., Korean Air Lines Co. and Singapore Airlines Ltd.’s Scoot unit are among carriers that helped evacuate people from the outbreak’s epicenter, the Chinese city of Wuhan, and from a cruise ship off Japan. They’ve stepped up aircraft-cleaning efforts as a result, trying to ensure that planes used in rescue missions are safe to be put back into commercial use.

The standard vacuum-and-wipe cleanups on board have turned into hospital-grade sterilizations with products capable of stopping sexually transmitted diseases and the MRSA superbug. How was this done? And are there any risks for passengers using the planes when they return to service? Here are some answers:

What cleaning products are used?
Qantas used Viraclean, a disinfectant made by Sydney-based Whiteley Corp. It’s a pink, lemon-scented liquid that kills a range of bacteria and viruses including Hepatitis B and herpes simplex, according to the manufacturer.

Surfaces heavily soiled with blood or sweat should be soaked with undiluted Viraclean. Gloves and eye protection are recommended, though it’s not classed as a dangerous substance, Whiteley says.

Korean Air opted for MD-125. That’s a diluted version of D-125, a cleaning solution made by Microgen and used in industries from health care to poultry farming. The company says MD-125 acts against 142 bacteria and viruses, including salmonella, avian flu, HIV and measles.

How are the planes cleaned?
Qantas used the same Boeing Co. 747 on its two flights from Wuhan and another from Tokyo back to Australia. It was cleaned for 36 hours. Pillows, blankets, magazines and headphones were all thrown out, the airline said.

The cabin was sprayed twice with disinfectant, which covered all the seats, floors, armrests, tray tables, overhead luggage bins and walls. The cabin was then wiped down. The plane’s air filters, which are similar to those used in surgical theaters, were also replaced. The 747 was back on the Sydney-Santiago commercial route this week, according to data from flightaware.com.

Korean Air used one Boeing 747 on two flights from Wuhan, and an Airbus SE A330 for the third. As well as spraying and wiping down the cabin, cleaning teams replaced seat covers and dividing curtains near the galleys and disinfected the luggage hold, the airline said.

The planes were only allowed back into service with the approval of the Centers for Disease Control and Prevention Korea.

Scoot, a low-cost carrier owned by Singapore Airlines, sprayed a mist of “industrial-grade disinfectant” throughout the cabin — a process known as fogging.

What about the future?
It might be possible to disinfect the inside of a plane without any chemicals at all. ACT.Global, whose cleaning system has been used in hotels and on cruise ships, developed a spray-on film that allows a plane cabin to essentially clean itself – for 12 continuous months. When the transparent coating is exposed to light, a photo-catalytic reaction occurs that kills microbes and purifies the air, according to the Danish company.

What’s being done right now?
Many airlines have stepped up normal cleaning procedures to limit the risk of contamination.

Singapore Airlines removed hot towels on some services and took away some of the shared reading material that’s usually found in the back of seats. After each flight, meal trays and television screens are disinfected, while headsets, headrest covers, pillow covers and blankets are all changed, the company said.

The cabin air filter system has similar performance to those used in hospital operating rooms, according to the airline.

Cathay Pacific Airways Ltd., perhaps the airline outside mainland China most affected by the health crisis, says it is disinfecting all cabin surfaces after each flight, including baby bassinets.

Any plane with a confirmed coronavirus case is cleaned and disinfected again, Cathay said.

Hot towels, pillows, blankets and magazines are no longer provided on flights to and from China, while inflight duty-free sales have been suspended.