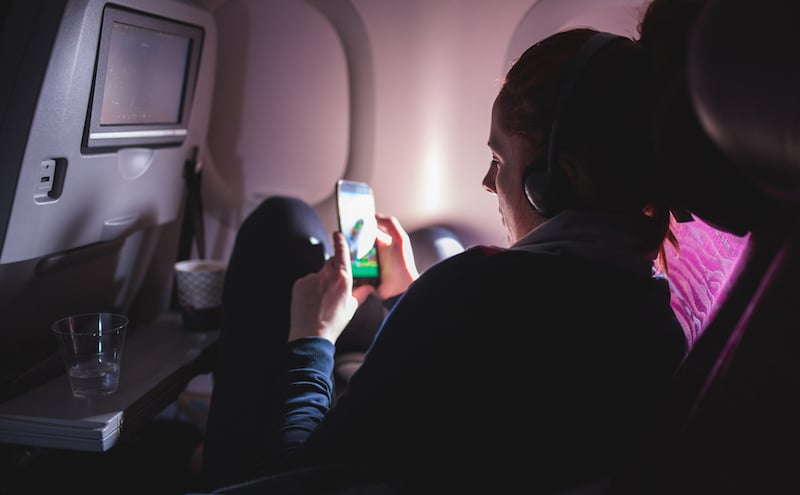 In the quest to command higher fares and traveler loyalty, airlines are constantly scrambling to market their onboard services as better than Brand X. These days, one highly visible battleground is directly in front of you: the seatback screen.

While such displays are firmly entrenched aboard long-haul fleets, helping pass the hours during ocean crossings, there’s a deep difference of opinion among U.S. carriers when it comes to domestic single-aisle jets. The advent of onboard wifi has given airlines the option of using your phone or tablet as a portal for films, television shows and video games, avoiding the expense of costly hardware at every seat.

Three of the largest U.S. airlines—American Airlines Group Inc., United Airlines Holdings Inc. and Alaska Air Group Inc.—are removing screens from their domestic workhorses, the family of medium-range 737 and A320 aircraft sold by Boeing Co. and Airbus SE, respectively. Southwest Airlines Co. has never equipped its Boeing 737s with screens and said it has no plans to change course.

The split is evident internationally as well: Screens on single-aisle fleets are rare in Europe, but still relatively common in Asia among the full-service carriers.

The reason for replacing the seatback screen is, of course, the ubiquitous smartphone. Onboard streaming services are seen by some airlines as an obvious way to trim expenditures. But for others, that sinking feeling passengers get when they realize there’s no screen in front of them presents a marketing opportunity.

Airlines that are jettisoning their screens say it’s not just about high install costs. Those screens add weight, increasing fuel costs. What’s more, the technology in a seatback screen typically becomes obsolete much faster than the gadget in your pocket. Kurt Stache, American’s senior vice president of marketing and loyalty, said that maintaining the screens isn’t cheap, either: “That’s clearly a pain point after a couple of years.” (Delta’s new pop-out screen tablets, meanwhile, can easily be replaced.)

More than 50 per cent of American’s passengers bring two devices with them, Stache said. As a result, power outlets and larger overhead bins—not screens—are the items that rank highest when American polls passengers on their priorities. (The airline is also outfitting most of its single-aisle fleet with faster satellite-based Internet access.)

For those airlines sticking with seatback screens, it’s not just about satisfying passengers who still expect one. JetBlue is also offering broadband wifi for free while Delta is working to offer that amenity as early as next year. So why have both? The airlines argue that passengers want to replicate their “two-screen” home experience of simultaneously watching television or a movie while browsing the web.

“Just because you are in a tube in the air, it doesn’t mean you need to stop your life as it is on the ground,” said Mariya Stoyanova, JetBlue’s director of product development. “We give back control to you similar to what you have in your living room.”

American and United have retained seatback screens on some of their domestic flights. Lucrative routes flown by some single-aisle aircraft between New York and Los Angeles or San Francisco will keep them. United has also kept screens on more than 200 Boeing 737s from the former Continental which are equipped with live DirecTV service.

Indeed, despite its commitment to streaming, United is considering new seatback screens in Boeing 737 Max 10 aircraft, which start to arrive next year. Tarek Abdel-Halim, United’s managing director of in-flight entertainment and connectivity, declined to confirm if the largest Max variant will come with screens at each seat, or which option he feels is superior. “We don’t say that one offering is necessarily better than another,” he said.

Delta CEO Ed Bastian said that “entertainment is important” because passengers spend an average of three hours on a flight. There are “absolutely” opportunities to monetize seat-back screens, Bastian said, but “I’m not interested in monetization for monetization’s sake.”

Notwithstanding the industry debate over seatback versus streaming, all airlines are keen for faster Wi-Fi service to help provide more personalized service—and to accumulate passenger data. This means not just knowing your preferred drinks, but also what kind of entertainment strikes your fancy and which ads should be funneled your way.

With more connectivity will come more passenger shopping, more potential advertisers, more subscription offers and more partnerships like the kind Amazon inked with JetBlue and Apple has with American. Julie Lichty, head of digital services and solutions at Panasonic Avionics Corp., said more carriers “are finding advertisers to pay for engagements.” Ads pay for onboard Wi-Fi sessions or other entertainment options used by passengers.

Shopping for shoes at 40,000 feet “will become perfectly normal.”

And there are more frequent flyer points to be had, too. As part of its partnership, JetBlue offers extra loyalty program rewards for those who shop on Amazon.com during their flight. American’s deal with Apple allows Apple Music to be streamed onboard.

But before you get too excited, passengers should know that all of this in-flight distraction isn’t designed to be a free lunch. The ability to market to thousands of captive passengers is seen as a lucrative source of new revenue.

Stache of American Airlines said the carrier doesn’t want to start charging for everything right away, but instead sees a slower approach to boosting onboard revenue from its digital portal. “If you go too far too quickly, you may have people saying ‘I don’t want to engage with this,’” he said.

Soon, however, there may be a way for you to spend money in-flight and not get anything at all: Online gambling. Gaming via video screens is an amenity that, one day, may be coming in for a landing, predicts Jason Rabinowitz, who tracks airline amenities at Routehappy by ATPCO, an aviation data company. “We haven’t seen it yet but you could definitely do it,” he said, assuming regulators sign off.