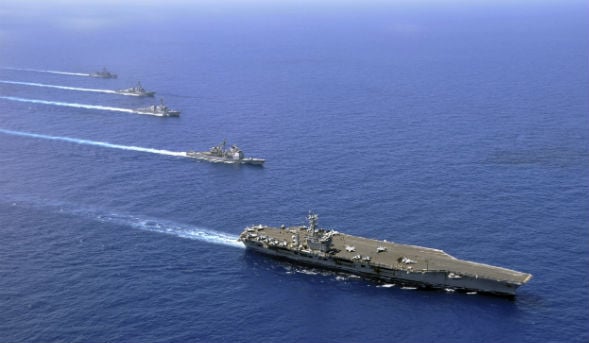 The presence of U.S. aircraft carriers in the Gulf region will decrease from two to one for around two months, after a warship that was due to deploy to the area is to undergo unexpected repairs.

The USS Nimitz was due to deploy to the region to replace the USS Dwight D. Eisenhower. However a failed propulsion pump means the carrier will remain in Norfolk, Virginia, as it undergoes maintenance. The USS John C. Stennis is already in the area.

USS Dwight D. Eisenhower will return to the States as planned in December where the U.S. Navy will resurface its flight deck before it returns to the Middle East early next year. The Nimitz is expected to deploy to the Gulf as planned once the repair work is complete.

The reduction in aircraft carriers in the region will be the first time in two years that the U.S. has only had one carrier in the Gulf.

Instead the USS Harry S Truman will be deployed to the region early next year to restore the two carrier presence.