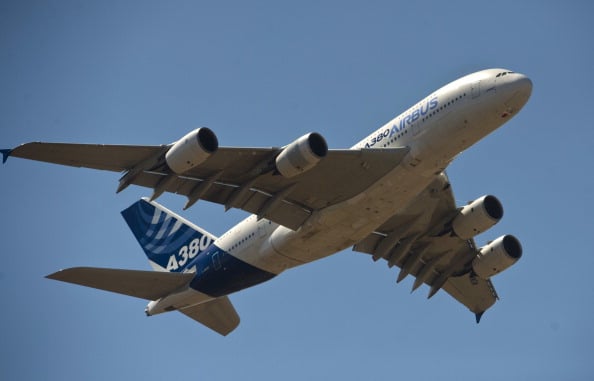 Europe’s Airbus pledged on Friday to boost sales of its A380 superjumbo, as the world’s largest passenger jet prepares to celebrate a bitter-sweet 10-year anniversary in the skies having booked no new airline orders since 2013.

“This will be a very good year for A380 deliveries and orders,” sales chief John Leahy said, adding the planemaker was in talks with “several airlines”.

Next Monday will mark 10 years since the double-decker made its maiden flight: a major step in the planemaker’s efforts to compete on equal terms with Boeing and challenge what had been a cash cow for its arch-rival, the 747 jumbo.

Coinciding with the celebrations is another, unpublicised milestone: the A380 is about to reach the mid-way point in deliveries of planes ordered since its launch, leaving fewer left to build than are in service.

Sales of four-engined jets have wilted due to improvements in lighter twin-engined ones, placing pressure on the A380 and especially the now-declining 747..

Airbus has officially sold 317 A380s, which have a list price of $428 million each. It has delivered 158 so far and industry sources say it will deliver the 159th on Monday, passing the midpoint – an event that usually occurs later in the lifespan of a major aircraft programme.

Leahy dismissed suggestions that the A380 was reaching a tipping point, saying there would soon be new orders. Airbus also says the jet will break even as planned later this year.

“I prefer to see the glass as half-full,” he said.

But industry analysts say the jet’s second decade brings greater uncertainty over airline demand than the initial flurry of sales in the first.

“The A380 could have a long wait at slow volumes until it gets to a second life in terms of orders,” Nick Cunningham, aerospace analyst at UK-based Agency Partners, said.

Airbus is under pressure from leading customer Emirates to update the aircraft with new engines to boost its future appeal.

Speculation of a commitment to build what the company calls the A380neo increased this week after Emirates awarded a large engine contract to Rolls-Royce for part of its existing fleet.

“It gives Rolls an incentive to help Airbus expand the A380 programme,” an industry source said.

Airbus is not however yet ready to make a decision on the roughly $2 billion project, industry sources said.

It faces a dilemma whether to act quickly to reinvigorate sales at the risk of falling short on technology, or wait to give it a bigger punch, at the risk of upsetting its top buyer.

Further sales would buy more time for a decision. Airbus is said to be in talks for about 10 jets in Turkey.

Airbus President Fabrice Bregier reiterated last week it would take a decision solely on hard numbers, but the political context of a project securing thousands of European jobs weighs on the anniversary.

Designed and built by four nations, the A380 was hailed at first as an industrial prodigy to match Europe’s new shared currency. A decade later, like the euro itself, the symbol of European cooperation is under pressure.

Since its first flight, the A380 overcame a factory crisis that held up production in 2006 and brought down two CEOs, and the discovery of cracks in the wings of some planes in service, which required costly repairs.

Now, the problem is weak demand. Airbus said on Friday that would improve as airlines adapt to ever-greater congestion, with traffic doubling every 15 years.

As part of the discussions on the possible A380neo, Airbus is expected to look at whether to seek new European government loans, under a system that has caused trade tensions with the United States.

Bregier said last week it was too early to address such loans, which cover a third of development. But European trade sources said that had not prevented some informal soundings.

A recent promise of U.S. tax help for Boeing’s latest 777X jet could make it easier for Airbus to make the case locally for more loans, but that would still be likely to draw a sharp response from Washington.

Rolls-Royce may also apply for government loans for the engine it is expected to develop, but would need approval from the EU competition authorities, trade sources said.