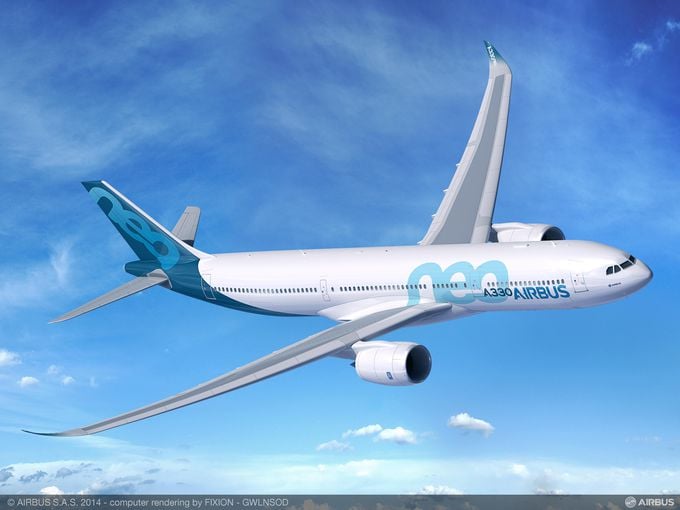 Airbus announced a revamp of its twin-aisle A330 passenger jet on Monday, sharpening a contest with Boeing for up to $250 billion of orders at the core of the market as the start of the Farnborough Airshow fuelled a debate about new technology.

The European planemaker’s decision to add new, more fuel-efficient Rolls-Royce engines to its best-selling long-haul jet comes as it tries to preserve market share against Boeing’s all-new 787 Dreamliner and amid disappointing sales of its own new A350-800 model.

The challenge facing new aviation technology was underscored on the eve of the Farnborough show, the world’s biggest aerospace industry gathering of the year, when Lockheed-Martin’s Joint Strike Fighter was pulled out of the opening day.

The warplane is grounded following an engine fire last month although Lockheed hopes it will still make its international debut at the event this week. Two initial partners in the programme – Canada and Denmark – are weighing fresh orders.

The absence of the F-35 left Airbus to grab the limelight on day one of the July 14-20 show. The European planemaker’s chief executive, Fabrice Bregier, predicted up to 100 orders for the A330neo during the event.

The A330 has enjoyed a resurgence of sales helped by delays in deliveries of Boeing’s technically ambitious carbon-fibre 787 jet, but it is in need of a revamp to keep selling.

Analysts say that will also plug a potential future gap in the Airbus wide-body jet portfolio after poor sales of its A350-800 – the smallest of the next-generation A350 family and a model which looks set to be halted or suspended as a result.

The 250-300 seat market is the largest segment of the wide-body jet market by volume and represents 4,520 aircraft worth more than $1 trillion over the next 20 years, according to Boeing’s latest market forecast, published last week.

Airbus believes the new A330-800neo and A330-900neo models can achieve at least 1,000 of those orders, but Boeing says the market opportunity is closer to 400 planes and even then, only for a short period.

“The A330neo could potentially offer the right mix of fuel-burn reduction and lower acquisition cost … Less clear is whether the economics and timing will be sufficient to sway customers from the 787 this time,” said Rob Morris, head of consultancy at Flightglobal Ascend, in a report being published at the air show.

The A330neo will have a range increase of up to 400 nautical miles, with room for up to 10 extra seats in the cabin, Airbus said. The aircraft will also have aerodynamic improvements such as new wing tips, as well as an increased wingspan.

Deliveries will start in the fourth quarter of 2017. Airbus said it would incur development costs for the A330neo from 2015 to 2017, with an impact of around 70 basis points on the group’s 2015 return-on-sales target.

The European group is aiming to replicate the success of its smaller revamped A320neo.

But Boeing is relaxed about the challenge.

“We feel highly confident in our new technology line that is already in place as it competes against a refurbished A330.”

Boeing begins the air show with a clear advantage after gaining 703 gross orders up to July 8, or 649 after cancellations, against Airbus’s end-June total of 515 gross orders and 290 net.

But after an intense sales drive in recent weeks, Airbus is expected to outpace its U.S. rival by about two to one at the air show.

Analysts have generally predicted a low-key show, because of steadily growing fears of airline overcapacity.

However, industry sources gathering at the event said evidence pointed to well over 500 orders or commitments ranging from a 100-plane lessor deal to a single plane for Fiji.