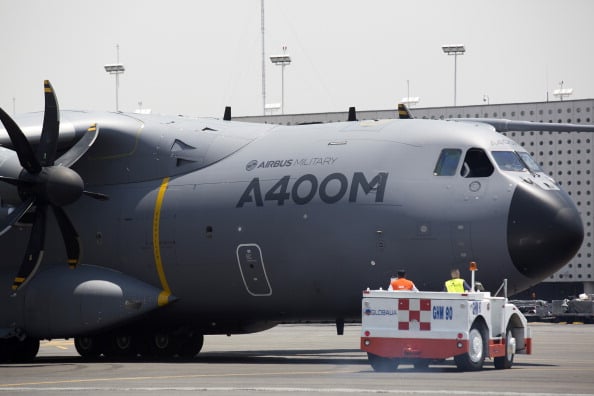 Airbus expects to win a “significant number” of orders at next month’s Paris Airshow, a senior executive said on Thursday.

Chief Strategy and Marketing Officer Marwan Lahoud was speaking at a news conference hosted by France’s GIFAS aerospace industry association, of which he is also president.

He also said Airbus’s delivery plans for the A400M military transporter faced possible disruption following a fatal crash earlier this month, but declined to comment further on the progress of a judicial investigation.

Airbus urged nations operating the plane this week to carry out tests on a piece of engine software.

“The work is ongoing. To understand the root cause, an (alert) was sent out as a precaution. As soon as we began to identify a certain number of aspects of what had happened, then it was our duty to warn operators,” Lahoud told reporters.

Two people familiar with the matter have said the crash may have been caused by a suspected problem in installing the software, but say it is too early to rule out other causes.

The A400M will be displayed on the ground at the Paris Airshow, but will not take part in daily flying displays, organisers said.

Other highlights include Ukraine’s Antonov An-178 military transporter, which staged a maiden flight earlier this month.

France expects a record number of visitors and more than 2,200 exhibitors at the air show, which runs from June 15 to 21.

After a pause due to budget cuts, U.S. military aircraft will be returning to Paris but none will be performing in the air, organizers said.

The newest U.S. combat jet, the Lockheed Martin F-35, is not scheduled to make the trip to Paris.

Lockheed said on Monday it was working to resolve “relatively minor” issues with a portable version of the F-35 fighter jet’s automated logistics system, but that these should not impede a Marine Corps milestone this summer.